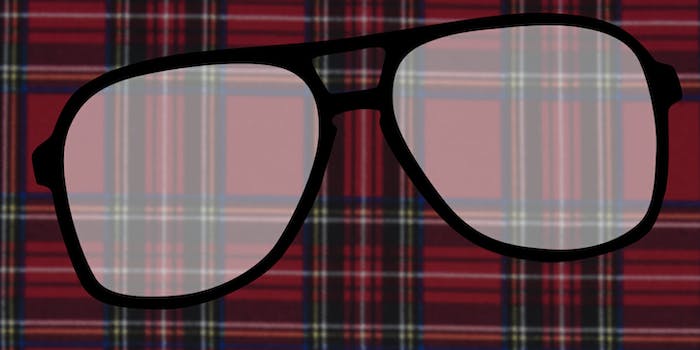 Terry Richardson, the famed fashion photographer who has also been accused of multiple sexual harassment and assault allegations, has been ousted from working with many of the world’s leading magazines.

According to the Telegraph, Condé Nast International has announced that its publications will no longer work with Richardson, and is cutting or replacing any unpublished art by the photographer. This means Richardson’s work will no longer appear on the pages of Vogue, Vanity Fair, and W, among others.

“I am writing to you on an important matter,” COO and executive vice president James Woolhouse wrote to staff in an email on Monday. “Condé Nast would like to no longer work with the photographer Terry Richardson. Any shoots that have been commission[ed] or any shoots that have been completed but not yet published, should be killed and substituted with other material. Please could you confirm that this policy will be actioned in your market effective immediately. Thank you for your support in this matter.”

Telegraph reported that Richardson’s contracts with Condé Nast International had been in dispute for “some time,” but noted that his blacklisting came within less than a day of a published article from the UK’s Sunday Times regarding the photographer. The piece questioned why fashion publications have continued to work with Richardson, the so-called “Harvey Weinstein of fashion,” using the weeks-long scandal of sexual harassment allegations against Weinstein as leverage to bring Richardson’s related alleged behavior back into the spotlight.

Richardson has worked with innumerable icons, from Beyoncé to Barack Obama, but much of his fashion photography is overtly sexual in nature, sometimes depicting himself having sex with models, either taken by himself or an assistant. For decades Richardson, who has insisted his subjects call him “Uncle Terry,” has been accused of workplace misconduct ranging from breaking contracts to sexual harassment and assault. Models he’s worked with have often accused him of trying to get them to strip and have sex with him during photo shoots (the Sunday Times piece details several harassment allegations).

In 2014, Richardson’s critics and harassment and assault advocates pushed for brands to stop working with the photographer, using the hashtag #NoMoreTerry to bring attention to the allegations. In response, Richardson penned an op-ed denying the allegations and claiming he’s “collaborated with consenting adult women who were fully aware of the nature of the work” and has never coerced a model into consenting.

Over the past several weeks, model Cameron Russell has used the hashtag #MyJobShouldNotIncludeAbuse, bringing forth allegations of sexual misconduct in the fashion industry. While many of the accusers do not name their abusers in the posts, are not just women, and are not only writing about male fashion photographers, many descriptions match those made by Richardson’s previous accusers. Russell since has received tens of messages from other models and has shared their accounts to her own Instagram page with identifying information redacted.

TRIGGER WARNING ⚠️ A brave model (and friend) reached out to me with her story today. She has asked to remain anonymous but asked that I share her words here because the photographer still works in the industry. She wants to encourage other women to speak up. We need a way to begin breaking the silence while remaining protected. We are not talking about one, five, or even twenty men. We are talking about a culture of exploitation and it must stop. IF YOU WOULD LIKE TO SHARE YOUR STORY ANONYMOUSLY, DIRECT MESSAGE ME and I will post your words. If you would like to share publicly use the hashtag #MyJobShouldNotIncludeAbuse so the industry can see the size and scope of this problem. Hearing about #harveyweinstein this week has sparked conversations about how widespread and how familiar his behavior is. We talked about how hard it is to share stories of assault. When they are the norm, calling them out can feel disruptive and unprofessional. On many occasions I've been called a feminist for reporting unwanted groping, spanking, pinching, pressure for dates, phone calls and texts of a sexual nature, lack of appropriate changing areas, etc. And because the response has always been "are you surprised?" or "that's part of the job" I tolerated them. When the offenses were bigger, calling them out is terrifying, and demands a level of exposure and backlash to what is already painful and sometimes shameful. #MyJobShouldNotIncludeAbuse

“Hearing about #HarveyWeinstein this week has sparked conversations about how widespread and how familiar his behavior is. We talked about how hard it is to share stories of assault. When they are the norm, calling them out can feel disruptive and unprofessional,” Russell wrote. “…Because the response has always been ‘Are you surprised?’ or ‘That’s part of the job,’ I tolerated them. When the offenses were bigger, calling them out is terrifying, and demands a level of exposure and backlash to what is already painful and sometimes shameful.”

Richardson did not respond to Telegraph‘s requests for comment.