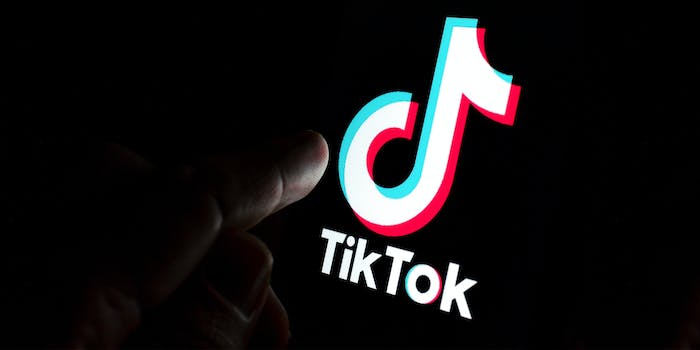 Teen dies while trying to fake suicide for TikTok video

The 19-year-old influencer was 'locally famous' for his TikToks.

A teenager from Swat district, Pakistan unintentionally killed himself while filming a TikTok video on Wednesday.

The 19-year-old, known as Hamidullah, was planning a dramatic video for his account on the platform, according to the Jakarta Post, when he lifted a pistol to his temple. Unaware that the pistol was loaded, Hamidullah died instantly, the Post reports.

“The young man was locally famous and active on TikTok,” said Badshah Hazrat, a senior police official in Swat Valley.

The video posted to TikTok before being taken down, but according to Newsweek, it was circulated widely in the area before it became unavailable.

Newsweek also reports that the video was intended to be a prank to scare his fans, like many of his videos.

Hamidullah had a following of about 8,000, according to the Post. His videos featured pranks with friends, playing cricket, and daily life in the Swat Valley.

According to the Post, there have been at least two other accidental suicides linked to TikTok. In 2020, a security guard in Karachi was playing with his rifle while filming and another teen was struck by a train while filming.

In this case, the Express Tribune reports that an unnamed police official said there was no chance of survival.

“This boy was pretending to commit suicide with a loaded pistol. He put the gun on his head and then it suddenly misfired. The unfortunate youngster died on the spot as he was directly hit in the head. There was no chance of survival,” this police official said told the Tribune.