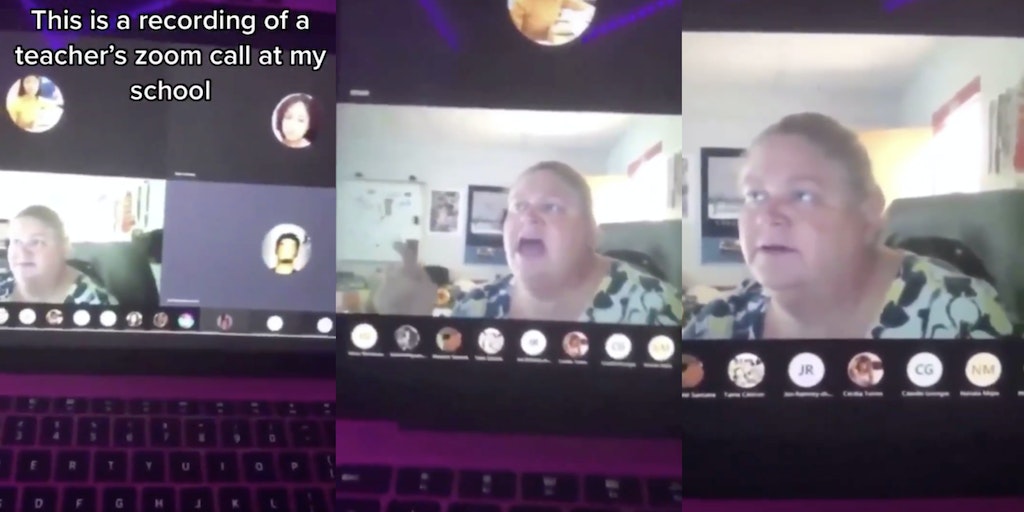 Tracey Brown was caught on camera making the racist remarks.

A Florida teacher sparked outrage after she told a student she has “as much right as anyone else to dislike Blacks” during an online class.

In a virtual social studies class, a lesson about the Constitution sparked a conversation about racial justice in America. Poinciana High School teacher Tracey Brown argued with one of her students and made disparaging remarks about the Black Lives Matter movement. A portion of the argument was captured on video and shared on social media.

“You’re implying that Black lives are more important than anyone else, and I have a problem with that,” Brown said.

The conversation between Brown and the student only intensified. When the student said that “there are some Black people that live in communities where the cops do not treat them right,” Brown angrily interrupted. “What you don’t know about me could fill a friggin’ swimming pool,” she said.

Brown then said she was attacked when she was 16 “by a gang – wearing bandanas, gang signs, [using] language of Blacks.”

“I have as much right as anyone else to dislike Blacks for what happened to me,” Brown said. “So you don’t get to sit there and preach to me what I do and don’t know.”

Other videos of the virtual class were posted online by a student at Poinciana High School. The conversation initially escalated when Brown falsely claimed that Black Lives Matter didn’t denounce riots that occurred during protests in 2020.

Brown has been removed from the classroom and is not working with students while the school district investigates the incident. The district said it was made aware of the video through the school’s “Let’s Talk” website, a platform created for students and parents to submit questions to the school during the pandemic.