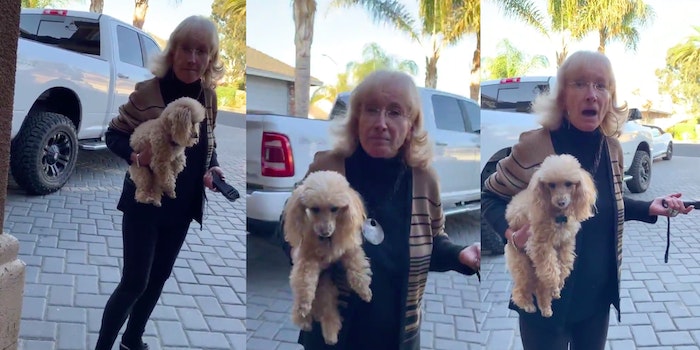 'You are a Black person in a white neighborhood, and you're acting like one.'

In the latest edition of Karens terrorizing people who are minding their own business, a woman in California was filmed waving around a taser and telling her Black neighbors to act more like white people.