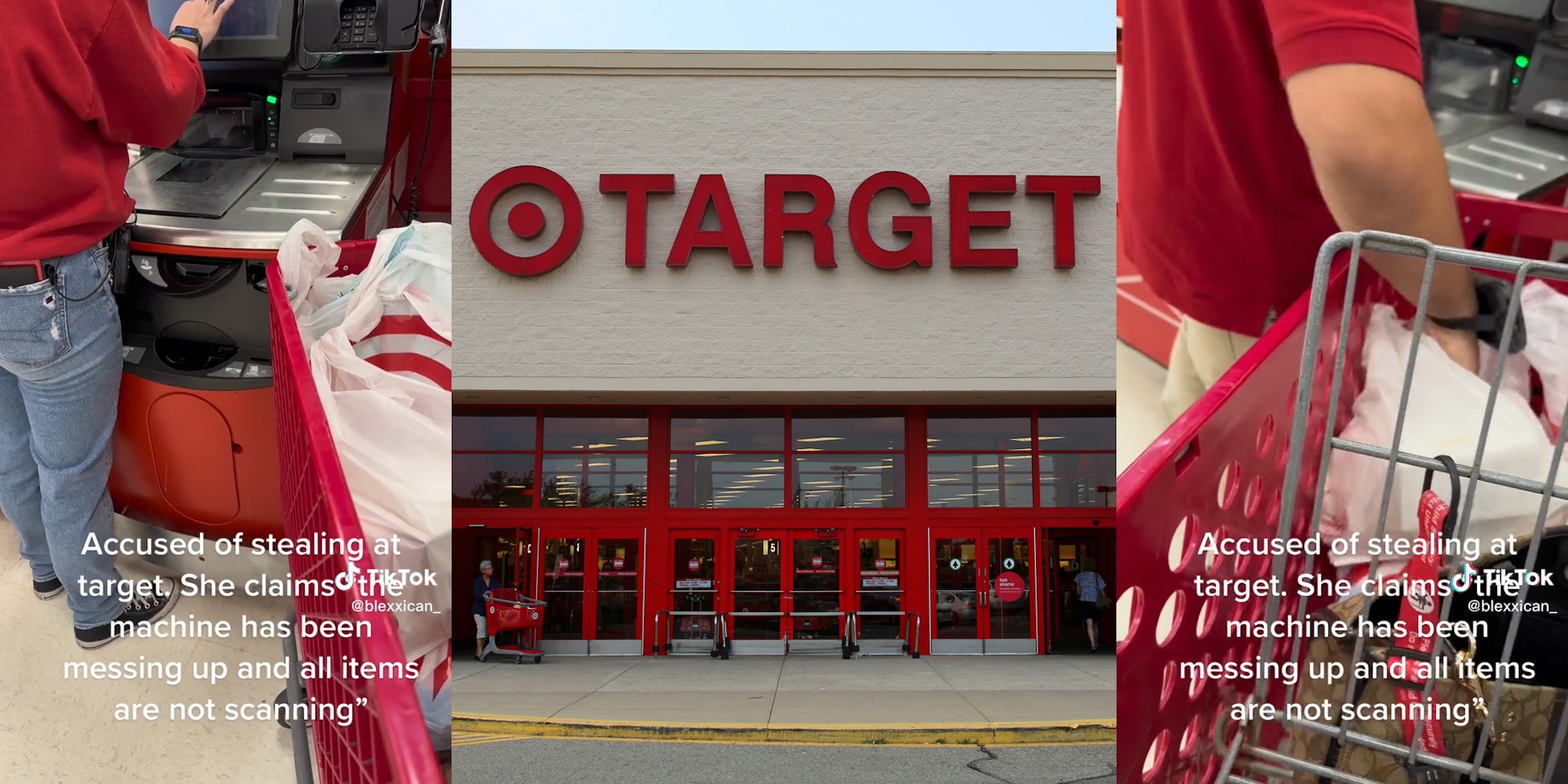 ‘The total was the same’: Target employee accuses customer of stealing, rescans her items at self-checkout

'Who's going to steal from the Target they go to every week, let alone with their child?'

A Target customer said she was accused of stealing at a location in Florida, documenting how employees re-scanned all of her items at self-checkout, alleging they had faulty machines.

While at self-checkout, an employee comes up to Alexis and starts fiddling with the self-checkout machine, un-bags items in her cart, and starts rescanning them. The employee says that the store has a certain “system” and “policy” when it comes to their machines.

“Ma’am I come here every week,” Alexis says in the video as she was standing by her shopping cart with her baby. “It feels like you’re accusing me of stealing.”

In the video caption, Alexis said the employee claims the machine has been “messing up and all items are not scanning.”

“I come here every week and you’re going to have the audacity to tell me you feel like I didn’t scan my items,” Alexis says as another employee took over the situation.

The other employee suggested there was a problem with the hand scanner. Toward the end of the video, it appears the second employee got the same original amount of items that Alexis had originally scanned.

In a separate video, Alexis commented, “The total was the same, they didn’t apologize or anything.”

In other follow-up videos, she recounted the ordeal, expressing further confusion as to why she was targeted by employees, describing one employee as “dismissive.”

“Who’s going to steal from the Target they go to every week, let alone with their child?” adds Alexis, who also mentioned she felt discriminated against.

According to a 2021 Gallup poll, 35% of Black Americans said they were treated unfairly because of their race while shopping in the past 30 days. Many have called out the retail industry for its unfair treatment of Black customers, using the phrase “Shopping while Black.” Target has not responded to The Daily Dot’s request for comment. According to Retail Wire, stores like Walmart have connected rates of shoplifting to people’s conduct at self-checkout.

After this situation, Alexis said she will not be frequenting Target. She noted that the store’s guest services said they couldn’t do anything about the ordeal but pass the inquiry on to the store’s highest manager.

Commenters on the original video seemed surprised at the treatment Alexis received at Target.

“Dang I thought Walmart was bad, now we ain’t even safe at Target guys!!!” one commenter said.

“Once I ask if it was the same amount & they confirm it is, I would have said now return everything and give me my money back,” another commenter wrote.