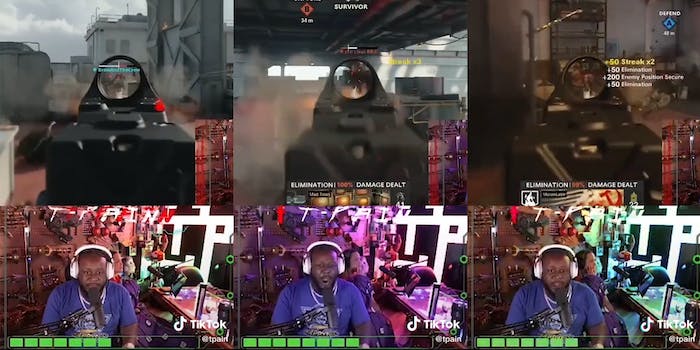 ‘I want all of them’: T-Pain demolishes team of racist trolls on Call of Duty

One gamer said 'f*ck Black Lives Matter,' and another chanted the N-word.

The Masked Singer winner posted a TikTok video of the team sending a hailstorm of racism in his direction. Racism in online games, including Call of Duty, has long been a problem, and even celebrities like T-Pain aren’t immune. One gamer said “fuck Black Lives Matter,” and another chanted the N-word.

T-Pain wrote on TikTok he was “shutting down some racists in Call of Duty,” indicating that things didn’t end well for the racist trolls.

“One of these motherfuckers was on that [N-word] shit and I want all of them,” T-Pain says in the video.

Shortly after a cut into action, T-Pain slaughters an entire Call of Duty team.

“I want every single fucking one of them,” T-Pain says.

“I want it all, boy!” T-Pain screams after achieving ultimate victory. “Ladies and gentlemen, looks like the [N-word] wins.”