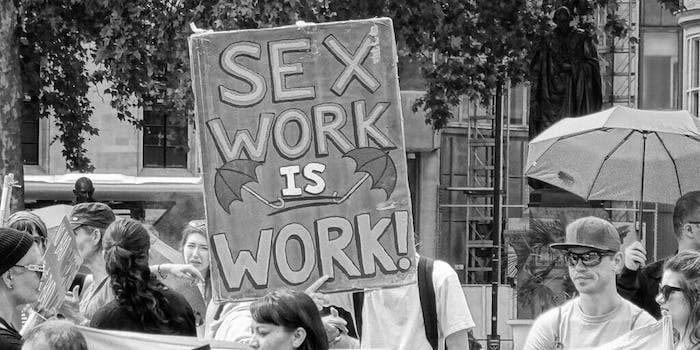 Beware of SWERFs: Sex work shamers who claim they are feminist

The idea of sex worker exclusionary radical feminism—the practitioners of which are known as SWERFs—may seem oxymoronic. After all, aren’t most sex workers women, and isn’t it a profession where many women are abused? Shouldn’t feminism adamantly work with, and for, sex workers?

Funny enough, both mainstream feminists and SWERFs would answer yes to these questions. However, the two groups have very different ideas on the concept of sex work itself, and how to best support people in sex industries. While SWERFs see sex work as intrinsically degrading, other feminists believe that sex work can be empowering for people who choose it. This fundamental difference informs a deep divide, where both sides claim the other is excluding sex workers.

Radical feminist ideals, or radfem ideals, have been hotly contested on the internet lately. You may have heard terms like SWERF and TERF tossed around without history or context. Here’s what you should know about SWERFs and the basics of the radical feminist divide.

What does SWERF mean?

Sex worker exclusionary radical feminism is based on the idea that all sex work is inherently oppressive. They criticize sex work industries like pornography, stripping, and camming as contributing to the objectification of women, and criticize all sex work as inevitably leading to violence or exploitation. FEM Magazine says, “SWERF ideology tends to be that sex workers…become the victims of regular sexual objectification, exploitation, and violence; and that, by participating in this kind of industry, sex workers become co-perpetrators of these crimes.”

In an article arguing against the term SWERF for the Feminist Current, Jindi Mehat writes, “abolitionists see prostitution as male violence, as the sexualized practice of dominance and control over women who are coerced, with money, into sexual activity in which they wouldn’t otherwise participate.” She calls the line between sex work and trafficking “meaningless,” and says feminists draw this line in order to ignore the negative parts of prostitution.

What’s more, SWERFs often claim that it is privileged women who happily do sex work without coercion. By doing this, SWERFs say they are hurting marginalized women. SWERFs use this reasoning to justify that they are protecting sex workers when they criticize sex work.

How do SWERFs see themselves?

A SWERF might prefer the term prostitution or sex work abolitionist, or, similar to TERFs, just “feminist.” They believe that it is not them, but mainstream feminists who are actually excluding most sex workers.

They believe that mainstream feminism is so focused on celebrating the choices women make, that they are promoting a privileged few happy sex workers and denying that many in the industry are hurt by it. According to SWERFs, discussions of abuse and trauma within prostitution are silenced by mainstream feminists who don’t want to acknowledge the dark side of something they’ve convinced themselves is empowering.

Mainstream feminists say this is patently untrue, and that supporting consensual sex work does not in any way diminishing the real struggles many sex workers face. The Desiree Alliance, for example, is a national coalition of sex workers which advocates for an end to violence against sex workers, and for the decriminalization of sex work.

As can be inferred by their chosen name, SWERFs desire the abolition of sex work. Many advocate for the so-called “Nordic Model” from Sweden, which decriminalizes prostitutes but makes purchasing sex work a criminal offense. The idea behind this model is that because women usually enter sex work under duress, they should not be punished for it. SWERFs and many politicians cite the Nordic Model as the key to reducing sex work without harming sex workers, but evidence of its success is highly debated.

Abolitionists believe that social services like housing, childcare, and counseling to recover from addiction and trauma need to be provided to sex workers to help them exit and recover from the sex industry. However, this is a place where TERF politics overlap, as many SWERFs believe that these services should be “female only” and trans women should not have access to them.

SWERFs also believe that factors that “drive” people into prostitution need to be addressed, most notably, poverty, and the gender pay gap which makes women more vulnerable to poverty.

According to sex work abolition advocates, sex workers who want to keep doing their current job are selfishly ignoring the plight of other women. “How can a few persons’ right or freedom to sell sex stand above the vast majority of women that are trafficked and exploited in prostitution?” said Johanna Dahlin, organizational secretary of the Swedish Women’s Lobby, to the Nation.

What do SWERFs want to change?

SWERF ideology, as you’ve probably gathered, is not widely accepted. Taryn De Vere, a self-identified former SWERF wrote for Athena Talks about how her views have changed after she befriended and listened to several sex workers. “There is an essential paradox in being a SWERF,” she wrote. “How can you truly be a feminist if you do not listen to and believe the experiences of other women?” Some feminists also argue that abolitionists, because of their overlap with TERFs, can never adequately argue for sex workers, who are disproportionately transgender.

SWERFs often champion the Nordic System as the most effective way to reduce sex work without harming sex workers. However, it is highly criticized by sex workers and feminists for increasing stigma with deadly consequences. The primary example is Petite Jasmine, a Swedish woman who was deemed unfit as a parent because of her sex work and was later killed by her ex, who had been given custody of her children.

Critics also say that the Swedish government has not offered adequate evidence of the law working. According to the Huffington Post, the Swedish National Police Board cannot demonstrate a decrease in sex trafficking but has documented a sharp increase in massage parlors offering sexual services in Stockholm.

How do other feminists feel about SWERFs?

The general consensus among mainstream feminism is that women’s lived experiences and bodily autonomy should be respected. While mainstream feminists may agree with some SWERF politics, such as reducing poverty and offering social services to help people who are in the sex industry against their will, they vehemently disagree that governments should be involved in telling consenting adults what sexual activities they can or cannot do.

Mainstream feminists see SWERFs as patriarchally trying to control women’s bodies, and speaking over marginalized women while claiming to know what’s best for them. For sex workers, SWERFs range from disrespectful to dangerous and speaking out of both sides of their mouths. On the one side, they talk about protecting prostitutes from violence, while on the other they advocate for laws which sex workers say will literally kill them.