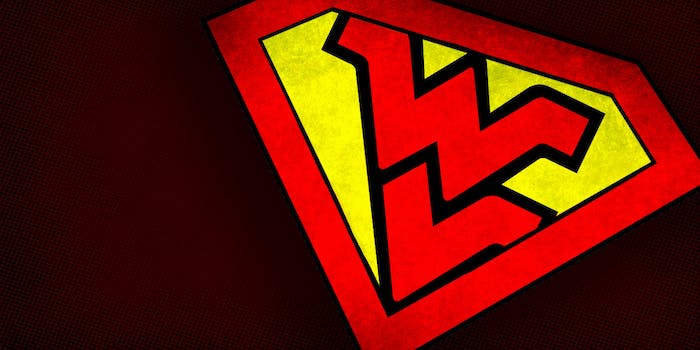 Heather is still living in the apartment where serial killer Neal Falls attacked her. But not for long.

When a West Virginian woman named Heather placed an escorting ad on Backpage, she couldn’t have predicted that the date would end with a dead serial killer sprawled across her floor.

But that’s exactly what happened when Neal Falls arrived at her small apartment in Charleston, West Virginia, in mid-July. And when Heather, 30, managed to shoot Falls with his own gun during a violent struggle, she unknowingly slayed a monster that law enforcement believes could be responsible for a dozen brutal killings in at least nine states across the country as well as in Canada.

Now locals in Charleston are leading an effort to raise money for Heather. She still lives in the three-room place where Falls attacked her, and her advocates say she is still shaken and desperate to move to a different location.

Attorney Kathy Brown told the Daily Dot that Heather (who is using her legal first name only) isn’t giving interviews while she recovers from the traumatizing attack that left her with a broken vertebrae, scratches, missing clumps of hair, and a raspy voice from being choked by Falls.

But Charleston local Laura Gandee has been leading a support effort for Heather. After seeing news reports about the attack, Gandee was one of many people who felt driven to help the young woman who had just rid the world of a dangerous predator. So Gandee, her brother, and a couple of friends launched a Give Forward fundraiser to collect donations for Heather. As of Friday, they had raised $2,355.

“I got a text message from a friend telling me that Heather was hungry, upset, and feeling all alone in her apartment, and asking me if I could I take her some food and go comfort her,” Gandee said. “Of course I said I would, if she was willing to let me.”

Gandee brought Heather some fast food (including a burger for her dog) that day and the two talked for an hour, she said. She’s since been back to visit twice more.

“She is beautiful, sweet, humble, smart, and overwhelmed by what has happened to her and the crush of media attention it has brought,” said Gandee. “I showed her all the supportive comments from people who had donated on the website, and she read each one and was visibly touched by the messages.”

The next step, said Gandee, was to find a new home for Heather and her beloved dog Fancy. Gandee has expressed pride in the way the Charleston community has quickly come together to support Heather without the kind of stigmatization and judgement that often plagues women who work in the sex trades.

“I have spoken to a number of people who are part of a movement to ensure sex workers’ rights,” wrote Gandee in an update on the Give Forward page Friday. “At first they were very skeptical of our campaign because they couldn’t believe anyone from outside their circle would step up to help someone in their industry after a tragedy like this. I told them West Virginians are different.”

In fact, it may be that difference that led to Falls’ demise in the first place. As Gandee pointed out, West Virginian “mountain mamas” are a tough breed.

Sex worker advocates also expressed wanting to help Heather. If nothing else, said some, she deserves a vacation. Ideally, said others, she deserves a statue in her honor.

#whorenation, is anyone in touch with #nealfalls killer? Can we fundraise so she doesn't hafta work after hospital? #sexworkersolidarity

God, I hope someday, somehow, I get to meet this brave badass woman. I want to put up a goddamn statue in her honor somewhere. #nealfalls

Using the hashtag #hookers4heather, sex workers and allies coordinated information on Twitter about how to best support the woman whose story is one of rare victory and survival in the face of a long history of murderers targeting sex workers. Some also simply sent messages of sisterhood and admiration, hoping that Heather would see them during her recovery.

I just hope we don’t confuse killing #NealFalls with the end of violent misogyny and #RapeCulture.

You are the most amazing, beautiful, courageous woman. You deserve the world! #Hookers4Heather

There’s even a Facebook page devoted to Heather the Hometown Hero. There, one supporter wrote: “I don’t identify as a feminist but Heather is a SHERO.”

Gandee said that even the Charleston Police Department has been handling Heather’s case with respect, and quickly contacted all of the potential victims whose names were on a list found in Falls’ pocket. Heather’s rare story of triumph hardly wipes the slate clean, though. Now the question is why police who had run-ins with Falls in a dozen states didn’t manage to piece together that he may have been on a killing spree—even as four women went missing and murdered in the tiny town of Chillicothe, Ohio, just a couple hours away from Charleston.

Gandee said she was “not surprised” by the way locals have treated Heather as a hero, but to many it’s a refreshing change of pace to see a sex worker—or even just a woman who killed in self-defense—being applauded.

“In West Virginia we have a long and storied tradition of reaching out to neighbors in need, no questions asked, no judgment,” said Gandee. “There are a lot of good people here who see this woman as a hero, relate to her story and just want to see the best for her.”

Update 1:23pm, Aug. 3: Upon reaching Heather, we have been informed that she is not working with Laura Gandee or Kathy Brown, and she has neither approved the Give Forward fundraiser nor received any of the money raised from it. With the help of sex worker advocates around the country, Heather has launched her own fundraising page on Crowdrise and said that the money raised there will help her get a much-needed phone and new apartment. The new fundraiser quickly surpassed the money raised by Gandee, currently standing at $6,358.