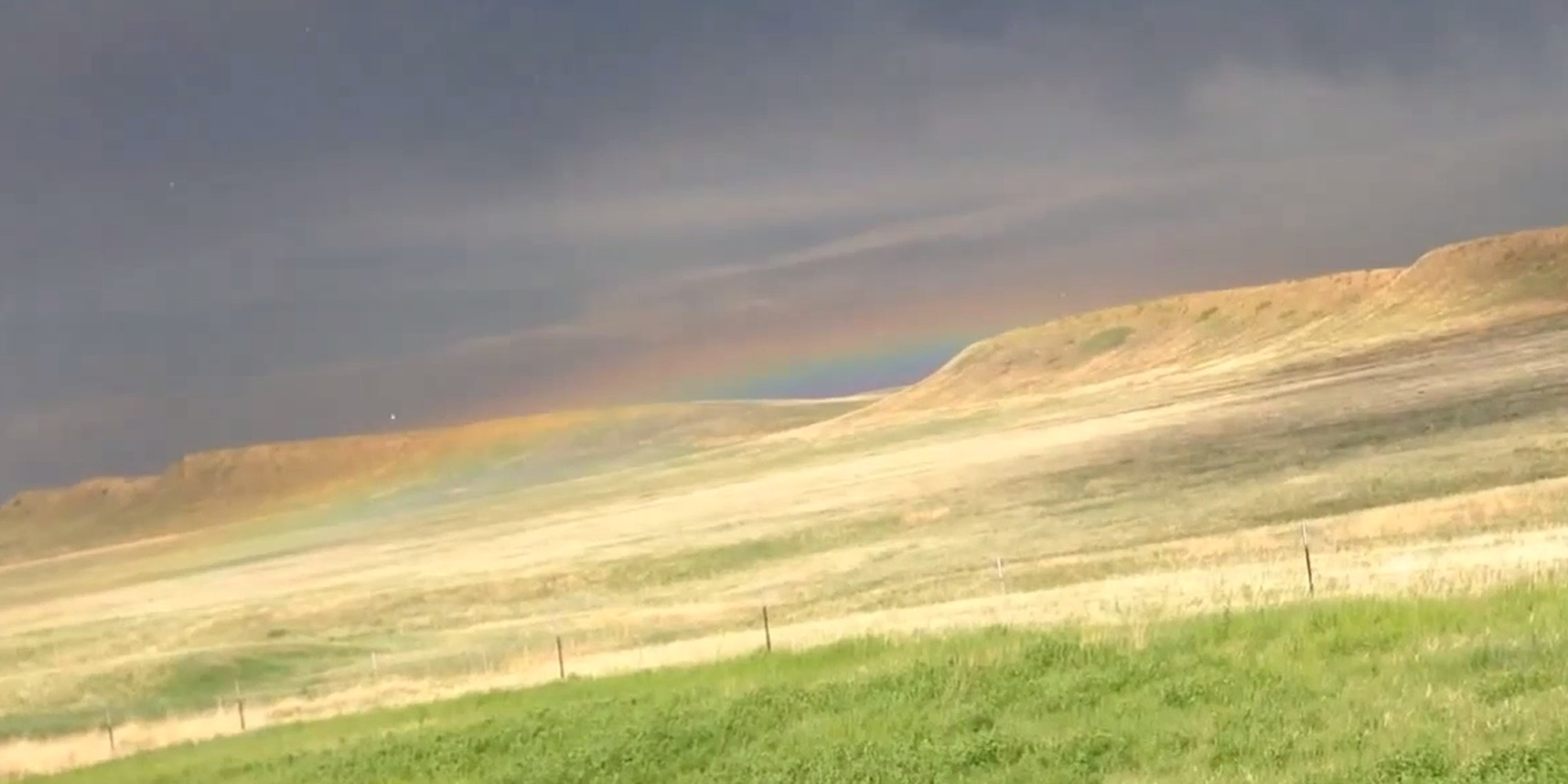 Remind me to stay indoors for the rest of my life.

If you throw yourself repeatedly into dangerous and unpredictable weather systems, it’s a good bet you’ll be standing at the wrong place at the wrong time at least once. Just ask Scott Sheppard, who was struck by lightning yesterday on an excursion in South Dakota.

Sheppard’s video, shot near the town of Fairburn, shows what appears to be relatively calm (if foreboding) gray skies—there’s even a rainbow. Suddenly, a thunderclap cleaves the air, and a tremendous force blows a smoking crater in the pavement below the camera.

Sheppard was lucky: apparently the lightning bolt hit his arm and traveled down into the ground, disabling both his vehicle and a car that happened to be passing by. Both had to be towed. The storm chaser himself “has a sore arm but is otherwise OK.”

At least this can’t happen to him twice… right?