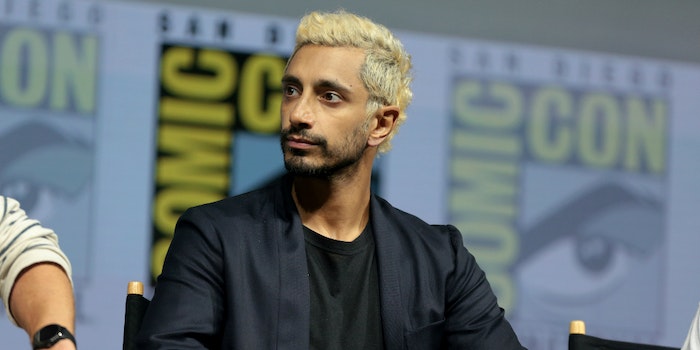 'It’s really scary to be a Muslim right now.'

At the CAA Amplify summit in June, actor Riz Ahmed opened up about being racially profiled in an airport, citing Islamophobia.

Homeland Security would not allow him to board a plane, leading him to cancel his appearance at a Star Wars convention in April. Ahmed played Bodhi Rook in the 2016 film, Rogue One: A Star Wars Story.

#StarWarsCelebration Update: We're so sorry to announce that due to circumstances beyond his control, Riz Ahmed will be canceling his full appearance. Attendees can use their current Riz Ahmed tickets to exchange at the Topps Help Desk throughout the weekend.

“It’s really scary to be a Muslim right now, super scary,” the Emmy Award-winner said at the summit.

It wasn’t the first instance Ahmed, who is British-Pakistani, says he was racially profiled while in an airport. He spoke about being repeatedly stopped, searched, and having to endure interviews for the past 15 years.

In 2018 the Supreme Court upheld President Donald Trump’s travel ban, often referred to as a Muslim ban because five out of seven of the targeted countries are Muslim-majority countries: Syria, Iran, Yemen, Libya, and Somalia.