The judge's critics are calling him biased in favor of the rapist. Both are Stanford graduates.

Former Stanford University swimmer Brock Allen Turner received a six-month sentence for raping an unconscious woman because his judge, who cited his age and lack of prior convictions, didn’t want to ruin the rest of his life. But the widespread outrage over Judge Aaron Persky’s lenient sentence has produced two petitions seeking his removal from the bench.

Following the sentencing decision, and inspired by the publication of the victim’s message to her rapist, Persky’s critics are circulating two petitions advocating his recall.

Persky, who is up for re-election in the fall, is running unopposed. In lieu of drafting a candidate to oppose him, the petitions’ creators focused on driving people to the California judicial performance commission’s complaint page. Both petitions urged supporters to make two specific complaints.

Appearance of bias toward a particular class: Pensky sentenced fellow alumni and athlete Of Stanford university to an unusually lenient sentence of 6 months for a unanimously guilty verdict on three counts of sexual assault. Despite Mr Turner showing no remorse and despite being caught in the act.

Inappropriate comments on the bench: “a prison sentence would have a severe impact on him(Brock Turner)” in relation to why this convicted rapist would serve such a short sentence.

Interestingly, Persky has a history of campaigning on his strong support for women who are the victims of sexual abuse.

On his since-deleted campaign website, Persky touted his past work as a prosecutor responsible for “keeping sexually violent predators confined to mental hospitals.” 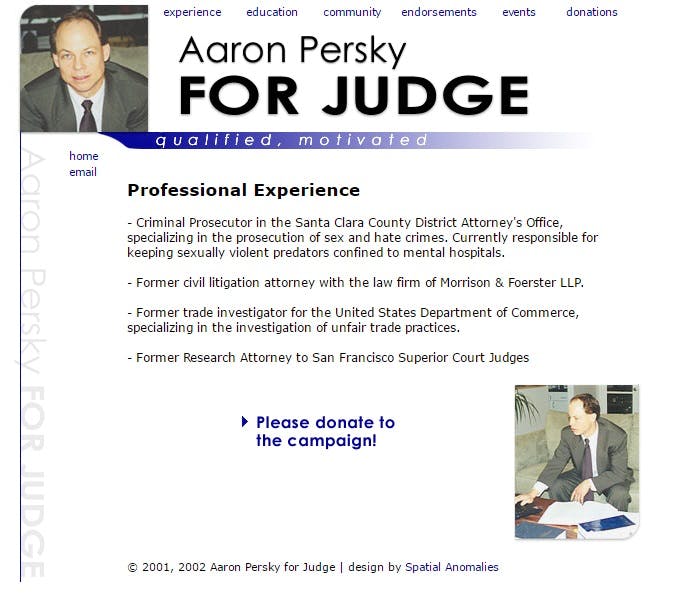 In his resume, also posted on the campaign website, Persky touted his past work as a board member for the Support Network for Battered Women. 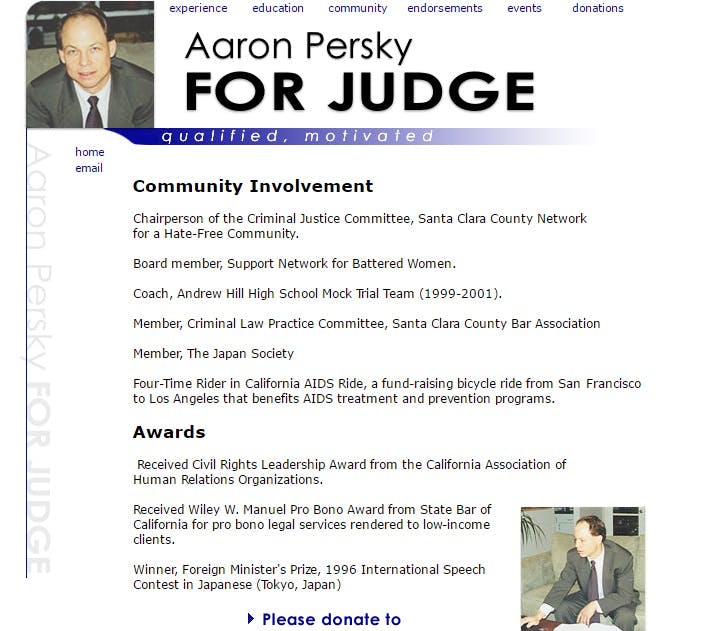 Turner was also a student at Stanford when he raped his victim. 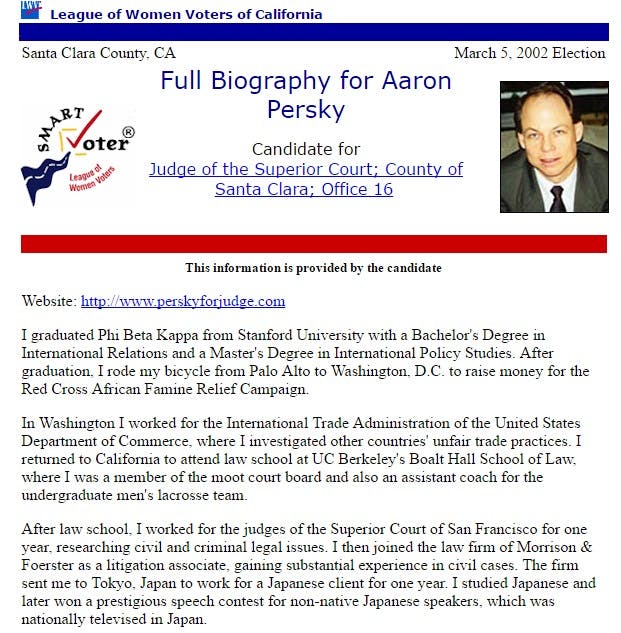 Phone calls and emails to Persky were not returned by press time. The clerk for his department told the Daily Dot that the judge would not comment on the case.