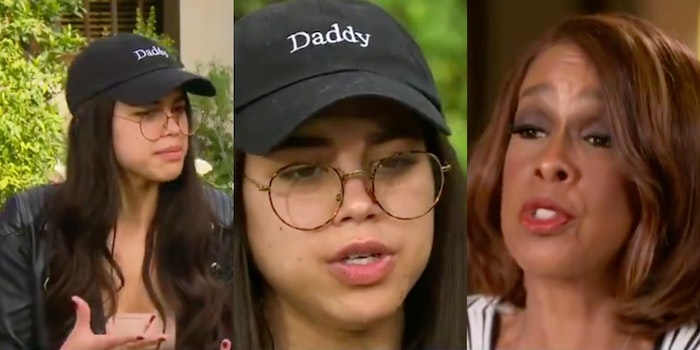 The 22-year-old went viral after allegedly attacking a teen and accusing him of stealing her phone.

In a new video, CBS This Morning anchor Gayle King interviewed Miya Ponsetto, the 22-year-old woman known as “SoHo Karen.” Throughout the conversation, Ponsetto dismisses the acclaimed reporter and at one point says, “Gayle, enough.”