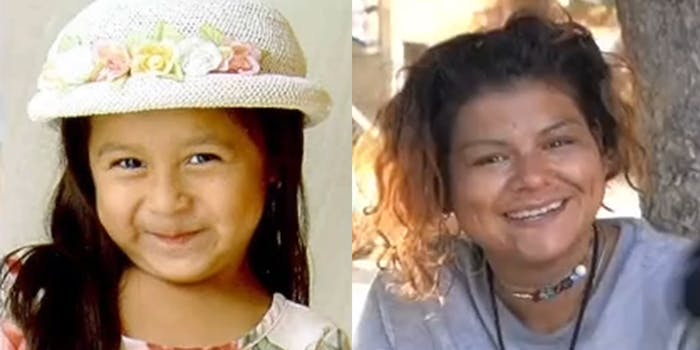 Police are looking for the woman to compare her DNA with Sofia Juarez's.

Investigators are examining a viral TikTok video that features a young woman many believe looks like a kidnapping victim from 2003, according to Q13 Fox.

Sofia Juarez, who has been missing for 18 years, disappeared a day before her 5th birthday near her home in Kennewick, Washington.

Local police, who have been unable to locate Juarez, recently launched a new webpage in an effort to solicit tips about the nearly two-decades-old case.

The renewed effort by law enforcement looks to be paying off. Investigators say they have received multiple promising leads regarding the case.

One of the tips revolves around a TikTok video of a young woman in Mexico who claims to have been kidnapped as a young child.

In the footage, the young woman claims to be 22 years old—Sofia would be 23—but admits that she doesn’t know her age for certain. The woman goes on to state that she is not a fan of birthdays due to a traumatic event at an early age.

“The truth is, I don’t know where I’m from,” the woman says in Spanish.

The TikTok user who featured the woman, a creator known as “Aká y Allá” who interviews people on the street, has since stated that he is aiding detectives in Kennewick.

Al Wehner, a special investigator with Kennewick police, told the Tri-City Herald that the department is working with its Spanish-speaking detectives to try and locate the woman.

Aká y Allá also says he has since been contacted by the alleged family of the woman, and they claim she is not Sofia. Still, police are attempting to find her in order to compare her DNA to Sofia’s to rule out the possibility.

The woman from the video, who claimed to be homeless, was interviewed on the streets of Culiacán, Sinaloa.

But the TikTok video isn’t the only new lead police have received. Police also say they have found “a highly credible witness” who claims to have seen a young girl walking on the street at the time of Sofia’s kidnapping.

The alleged witness added that a person approached Sofia, and they were driving an older van. Police are currently looking into both leads.