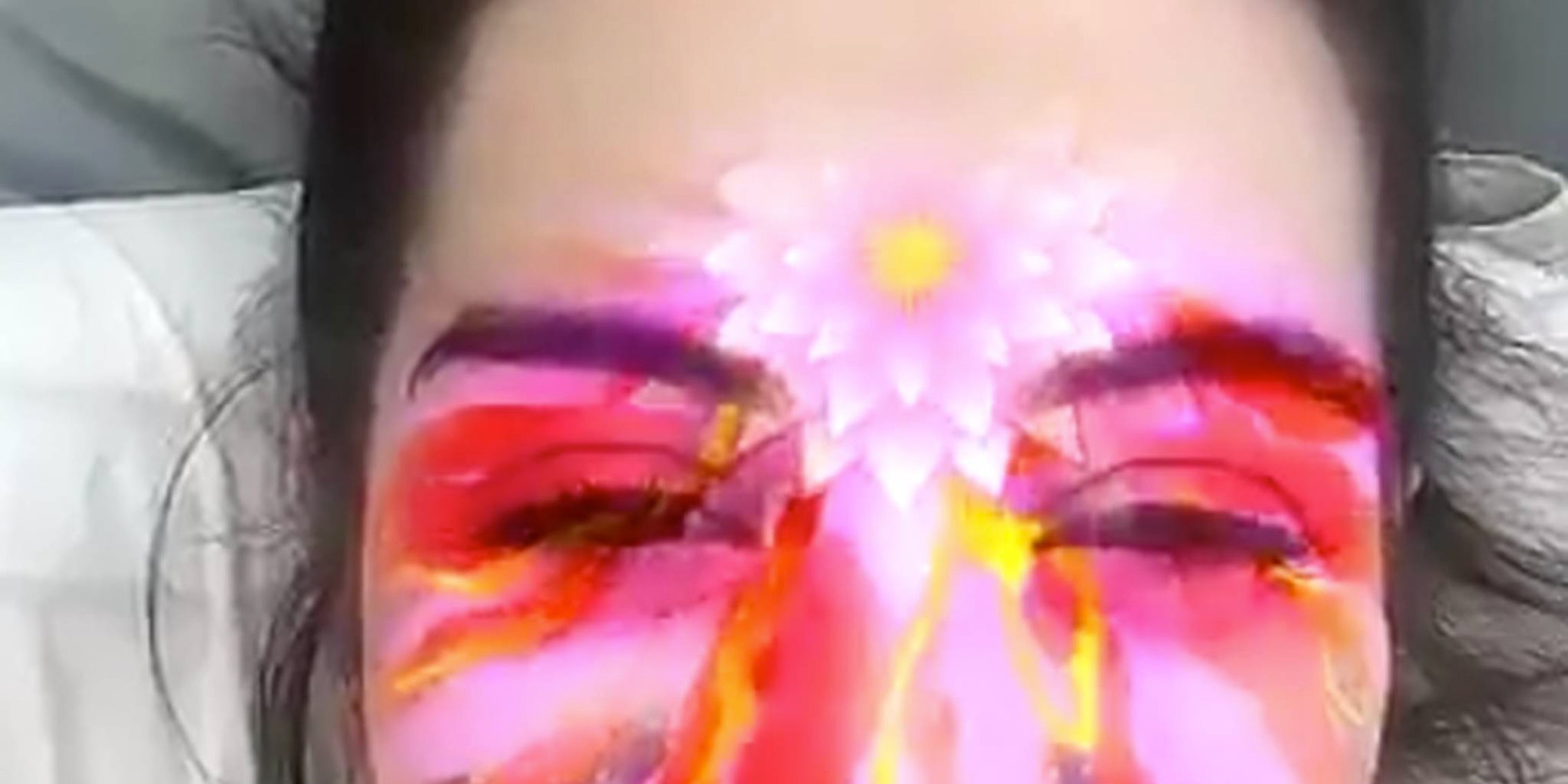 What’s up with Snapchat’s bindi lens?

Can Snapchat hold off on the racist filters for a second?

While today’s “Snapchat’s racially questionable lens” news is being dominated by their 4/20 “Bob Marley” filter—which literally gives the user blackface and dreadlocks—let us turn our attention to another appropriative look the app is providing: the bindi lens.

The lens seems to be labeled more as a “third eye,” or a “chakra” filter, which gives users an animated flower in the middle of their forehead that morphs into a blinking eye and something that resembles paint streaks.

The imagery used in the lens is reminiscent of the bindi, a dot commonly placed in the middle of the forehead during Hindu, Buddhist, and Jain worship. The dot represents the sixth chakra, the site of “concealed wisdom,” and the third eye, which is represented with a lotus flower. The bindi is also commonly worn by South Asian and Southeast Asian women as a symbol of their marriage. Though, recently, sticker bindis in different designs have made it more of a cosmetic choice.

Bindis have also become the head adornment of choice at America’s Largest Cultural Appropriation Festival: Coachella. However, this trend is not new. Two years ago, Isha Aran wrote on Jezebel about the music festival and the fashion choices it inspires, saying:

The bindi is not your music festival fashion accessory. It’s not something to be integrated into a tribal fringe mosaic of a get-up. Taking a symbol from a culture that is thousands of years old and divorcing it from its meaning — or even embracing its meaning for the express purpose of looking cool (bro, do you even chataranga?) — does not lend you any cred — street, worldly, or otherwise. And wearing a bindi to Coachella certainly is not a genuine celebration of Hindu culture, so please don’t even start with that.

shit @Snapchat has done:
Whitewashing
Filter seeming to mimic a bindi or some type of 3rd eye concept
Blackface
Reducing Bob Marley to 4/20

We’ve contacted Snapchat about what inspired them to make this filter and have not heard back.

But this is not the first time Snapchat has been in hot water over a racially insensitive lens. The “kawaii” lens that gives users “anime” eyes is seen as enforcing stereotypes of Japanese culture; their “flower crown” filter automatically gives users blue eyes and whitewashes those with darker complexions; and today’s Bob Marley filter may finally be the last straw.

And yet no matter how much backlash Snapchat receives over these filters, you probably can’t stop white girls from wearing bindis to Coachella.