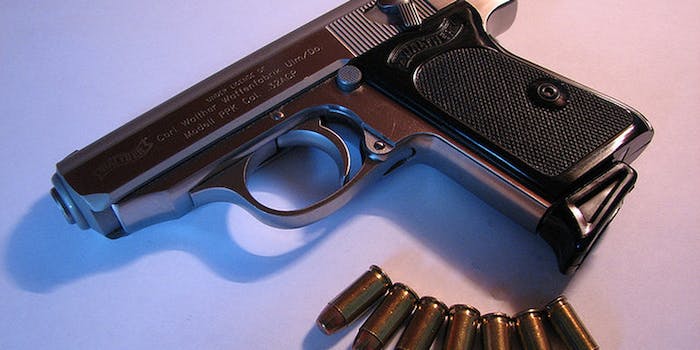 The 9 videos that exposed police brutality in 2014

Though police misconduct now ends up on YouTube, few officers pay the price.

As 2014 draws to a close, we can’t help but conclude that cops looked pretty bad this year. With the nation struggling to reconcile a lack of indictment for the killing of Michael Brown by police officer Darren Wilson in Ferguson, Mo., or the strangling death of Eric Garner by NYPD officer Daniel Pantaleo, arguments about militarized law enforcement and structural racial bias in the justice system reached a fever pitch. But Brown’s death wasn’t caught on video, which left the door open for doubt, theory, and epistemological evasion.

Over the past few months, however, many other unarmed civilians have been brutalized or even killed by police while a bystander or security camera recorded the entire incident. In these cases, it is often more difficult to argue that cops acted reasonably and within protocol. Taken together, these videos create a dark picture of the times we live in—one that must be confronted. Take heed, however: These images are disturbing, and not for the faint of heart.

Longoria, a suspected car thief, led officers on an hour-long chase before they forced him into a deadly standoff. Though witnesses say Longoria claimed to have a gun and was being uncooperative, no weapon was found on him or in his vehicle, and he appeared to have his hands up when a lone deputy fatally shot him in the back. (The earlier pops are bean bag rounds, designed to incapacitate rather than kill; officers also fired several Taser rounds.)

Moore law enforcement responded to a domestic dispute call when Nair Rodriguez slapped her 19-year-old daughter while out at the movies. But it was her husband, Luis, whom they attempted to arrest—and ultimately beat to death—in a parking lot outside. Because he refused to show them ID, five officers pepper-sprayed him, subdued him with a series of knee strikes, and crushed him under their combined weight. Nair began recording after after he stopped moving, begging police to confirm that he was still alive. No charges were filed.

Buffalo police officer John Cirulli, one of six cops investigated due to this bystander video, pled guilty in May to assaulting suspect John Willet while he lay handcuffed on the ground, and again in a squad car—misdemeanor charges. Instead of receiving anything close to the maximum sentence sought for this crime (two years in jail, plus a $200,000 fine), he got a year of probation, thanks to his new partnership with the FBI in educating fellow officers “about the dangers of civil rights violations.” According to Assistant U.S. Attorney Trini E. Ross, Cirulli also tried to confiscate the phone used to film Willet’s arrest.

Customers at a beachside restaurant filmed Conoscenti’s violent demise. He was alleged to have committed a crime and struggled with security guards at a Target in nearby Compton, sparking a 15-minute chase. Police department accounts stated that he was armed with scissors and/or a “large wooden stick,” but it was evidently the sound of colleagues’ bean bag rounds that made some officers think he had engaged in a gunfight that imperiled nearby diners and pedestrians, prompting them to “return” fire from afar. “He’s going to bleed to death,” commented one awestruck observer as Conoscenti endured his final throes.

The NYPD attempted to arrest Garner for illegally selling cigarettes when they responded to a call about a fight he’d just broken up. The asthmatic father of six then went on a tirade about police harassment, only to be pinned to the sidewalk with a fatal chokehold that the department had banned decades before. His final words were “I can’t breathe.” Though he was denied first aid for several minutes after losing consciousness and a medical investigation blamed his death on police conduct, no criminal charges were ever filed.

Salt Lake police officer Bron Cruz was wearing a body camera when he shot Dillon Taylor twice in the torso, killing him. Though he did not comply with the verbal commands of Cruz or his partner, Taylor was later revealed to have been unarmed, and quite drunk—his blood-alcohol content was 0.18, double the limit for driving—which may explain why he was unfazed by the guns pointed at him. Salt Lake County District Attorney Sim Gill cited Taylor’s cryptic final Facebook posts, subtly suggesting a “suicide by cop.” Taylor’s brother and cousin, who were present at the shooting, maintain that Cruz’s actions were unjustified.

While the Denver Police Department has so far defended an officer’s need to repeatedly punch drug suspect David Flores in the mouth while he restraining him (he was allegedly trying to swallow evidence) and knocking his seven-months-pregnant girlfriend Mayra Lazos-Guerrero to the ground, they have opened an internal inquiry into a bystander Levi Frasier’s claim that one cop forced him to delete video of the fight from his tablet.

The recording survived, Frasier said, only because it had been stored in the cloud. Flores and Lazos-Guerrero are now considered fugitives after failing to show at court hearing. As to the actual violence witnessed, Commander Matt Murray, DPD chief of staff, stated that “[u]se of force often is not pretty,” and “[i]t’s unfortunate the pregnant woman chose to jump in.”

After pulling Jones over at a gas station for an alleged seatbelt violation, state trooper Sean Groubet ordered him out of his car. When Jones then reached back into the vehicle to produce a license as requested, Groubet rushed him and fired multiple rounds, striking him in the hip. Unlike most of the officers in these videos, Groubet was charged with felony assault and battery of a high and aggravated nature. If convicted, he could spend 20 years in prison.

Rice, a 12-year-old boy playing with “an airsoft pellet gun that resembled a handgun” at Cudell Recreation Center, was shot in the stomach by police officer Timothy Loehmann, who seemed to not even assess the threat he presented before firing. He died in a hospital shortly afterward. Loehmann later said he had “no choice” but to use deadly force on a boy either he or his partner described to dispatch as possibly 20 years old. The person who had called 911 on Rice remarked multiple times to the operator that the gun was “probably fake.”

Photo by Matthew Nichols/Flickr (CC BY 2.0)