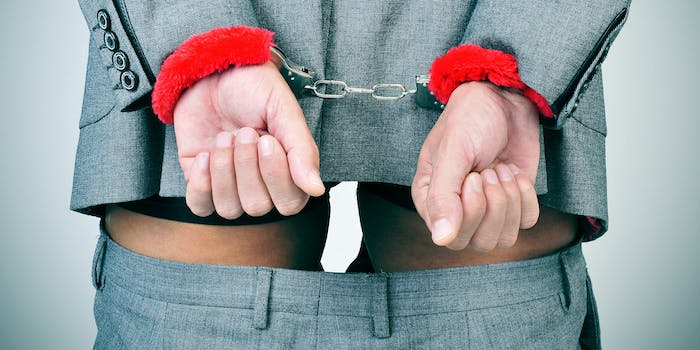 Is ‘sex addiction’ a diagnosis made by doctors—or just publicists?

Let's get to the bottom of what 'sex addiction' really is.

Every time a male celebrity gets caught doing something sexual he definitely shouldn’t be doing, whether it’s sexual assault, harassment, or groping, out comes the predictable “I’m a sex addict” defense.

Cases in point: Harvey Weinstein, faced with many decades worth of eerily similar stories from women he lured up to his hotel room—where he entreated them to watch him shower or forced them to submit to sex, among many other disquieting things—quickly claimed sex addiction and packed his bags for a ritzy treatment center. Kevin Spacey, by many accounts a child molester, reportedly signed himself into the very same facility, where $37,000 per month apparently buys you art therapy, yoga instruction, acupuncture sessions, and guided mindfulness meditation.

All told, it’s a luxurious opportunity to escape a damning media cycle while also distancing yourself from your own behavior. You tell the world that, yes, you’re sick, but you’re doing your very best to get better. It’s a difficult line to swallow, an all-too-convenient excuse for a condition too often diagnosed by publicists, rather than doctors. And now more than ever, the question demands an answer: Is sex addiction real?

What is sex addiction?

Of course, famous men aren’t the only people who self-identify as sex addicts—aka people who report feeling obsessed by sex, driven by uncontrollable sexual compulsions, essentially at the mercy of their own libidos—although they are the ones we most often hear about.

As such, we are left to rely mostly on personal stories and self-identification in determining what constitutes compulsive sexual behavior. According to David Ley, a clinical psychologist and the author of The Myth of Sex Addiction, that’s a problem.

“Unfortunately, when we get into the conversation about ‘does sex addiction exist or not,’ then people feel like they can disprove this question or this challenge, simply by saying, ‘Well, I felt addicted to sex once,’” Ley told the Daily Dot. “And that then leads us to this place, which the sex addiction industry relies heavily on … argument by anecdote and argument by metaphor.”

The question “is sex addiction real?” is ultimately unproductive: If you feel something, it’s real for you. But sex addiction is not a useful label for that feeling.

“It’s not that there are not people who are struggling with sexuality; we all know that there are,” Ley added. “The problem from the sex addiction concept is that it distracts us from addressing the real issues that are contributing to these people’s struggles.”

What are ‘sex addiction’ symptoms?

It’s hard to pin down symptoms for a disorder of dubious existence, but according to Ley, many patients who claim to be sex addicts are often suffering other issues entirely. Maybe they grew up in religious environments that classified many urges as sinful and wrong, and now feel guiltily bewildered by their turn-ons. Maybe they underwent abstinence-only sex education that left them unprepared to navigate their desires. Or maybe, like Weinstein and Spacey, their problem is one of entitlement: The assumption that power and status equate to doing whatever they want, whenever they want, to whomever they please.

“We need better, more sophisticated, more individualized, more informed kinds of models to understand how to help all these different kinds of people,” Ley said. “When we simply lump everything under this very gross kind of non-specific label of sex addiction, we lose the ability to tease apart … and really intervene with the real issues.”

Many therapists, however, believe that sex affects the brain in a similar way to drugs and can, therefore, be addictive. In a previous interview with the Daily Dot, Robert Weiss, a social worker and therapist specializing in sex addiction, stressed that one key similarity between drugs (widely acknowledged as chemically addictive) and sex (or, more exactly, orgasm): Both flood the brain with dopamine, a neurotransmitter that regulates the brain’s motivation, pleasure and reward system. To the mind, Weiss argued, a person in pursuit of substances is no different from a person in pursuit of sex—both build anticipation and release a neurochemical cocktail that keeps a person hooked.

When it comes to the ways sex stimuli affects the brain, the research is split—it’s not terribly hard to find a study supporting whatever side you’re on: For example, one study from the University of Cambridge, published in 2014 in the journal PLOS ONE, surveyed brain activity in 19 purportedly sex-obsessed men and in 19 “healthy” men as they watched sexually explicit versus sports-centric videos.

Researchers found that, while their subjects fixated on lewd content, their brains charted activity in the same three regions where drug addicts’ brains light up when shown drug stimuli. Those findings are refuted by a larger study out of UCLA, however, which monitored the neurological activity of 122 men. When participants looked at pornographic imagery versus neutral imagery, researchers did not see brain behavior comparable to that of a drug addict shown, for example, pictures of cocaine. What’s more, their findings corroborated conclusions drawn in an earlier study testing the same thing.

According to Ley, certain brains do require “higher levels of sensation in order to feel satiated,” whether that’s sex or drugs or alcohol. In order to determine effective treatments for compulsive sexual disorders, we need to analyze the person rather than the behaviors. Problematic sexual proclivities are simply a manifestation of something else.

How do you successfully treat ‘sex addiction’ then?

People who believe in the validity of sex addiction will often propose treatments that mirror drug or alcohol addiction: maybe a 12-step program, or maybe, like Weinstein and Spacey, a rehab center where they indulge in pricey “adventure therapy” methods. Ley sees the latter as a “male sexual privilege protection racket” that can’t work because it doesn’t strike at the underlying problems fueling compulsive sexual behaviors: If the thing that lands a person in a sex addiction treatment facility is their personal sense of privilege, well, horseback riding with the rich and famous isn’t likely to fix that.

“We need to know and identify … the risk factors,” Ley said, “and so addressing issues like misogynistic attitudes, increasing empathy, decreasing the cognitive distortions that would lead people to feel like they’re special and they could get away with things because of who they are or how rich or powerful they are.”

A more successful treatment model for problem sex behaviors would trace the behavior back to its roots, whether those are ingrained feelings of shame surrounding sex or private entitlement. It would force self-described sex addicts to confront their own sexual desires, consider why those desires inspire bad feelings, and how to negotiate them from “a healthy place where they are respecting the consent and rights and needs of others.” This model would need to be highly subjective, attuned to individual needs and situations, but certainly would require therapy and analysis.

“Psychological intervention for a behavior must be as complicated as the behavior itself,” Ley said. “Sexuality—and our sexual relationships and interactions with other people—is one of the most complicated, multiply influenced kind of behaviors that exist in humans. A simplistic psychological or behavioral intervention will never work.”