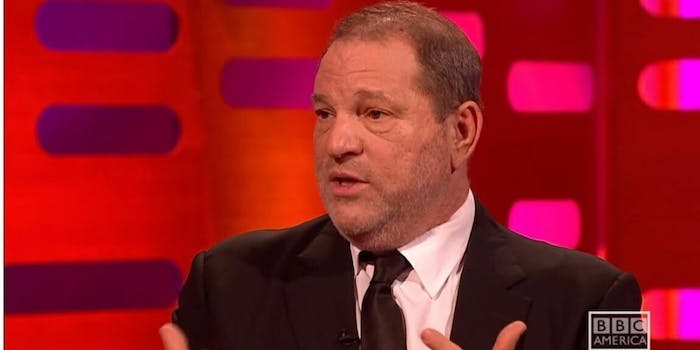 The allegations trace back over three decades.

The investigation led to the discovery of multiple undisclosed allegations against Weinstein stretching over nearly three decades, documented through interviews with current and former employees, film industry workers, legal records, emails, and internal documents from his businesses Miramax and the Weinstein Company.

Two anonymous company officials told the Times that Weinstein has made at least eight settlements with women. Six of these went to a former young assistant in 1990, then 23-year-old actress Rose McGowan in 1997, an assistant in London in 1998, an Italian model in 2015, and his former assistant Lauren O’Connor shortly after.

Judd, an Emmy and Golden Globe nominee, told the newspaper, “Women have been talking about Harvey amongst ourselves for a long time, and it’s simply beyond time to have the conversation publicly.”

“I appreciate the way I’ve behaved with colleagues in the past has caused a lot of pain, and I sincerely apologize for it,” Weinstein said in a statement to the Times on Thursday. “Though I’m trying to do better, I know I have a long way to go.”

O’Connor kept a memo filled with notes she collected for about two years detailing the various instances of sexual harassment and other misconduct Weinstein allegedly committed. She sent that memo to several company executives before leaving her position at the Weinstein Company in 2015. In the memo, O’Connor noted that Weinstein’s actions created a “toxic environment for women at this company,” with many afraid to come forward.

Her memo and various personal accounts detail how Weinstein often asked women to meet him at a hotel for presumably work-related reasons, such as casting discussions, literary acquisitions, or business meetings. When they would arrive, Weinstein, who reportedly appeared nearly or fully naked before these women, would often change the topic to non-business related topics. The Times reported that he would ask the women to give him a massage or watch him shower.

The most alarming of these details was O’Connor’s comments that higher-ups in the company knew of Weinstein’s behavior but ultimately did not launch an investigation against him. Weinstein and O’Connor reportedly reached a settlement six days after her memo made its way around the company.

Weinstein founded the entertainment company Miramax in 1979 with his younger brother Bob before the duo left the company and founded the Weinstein Company in 2005.