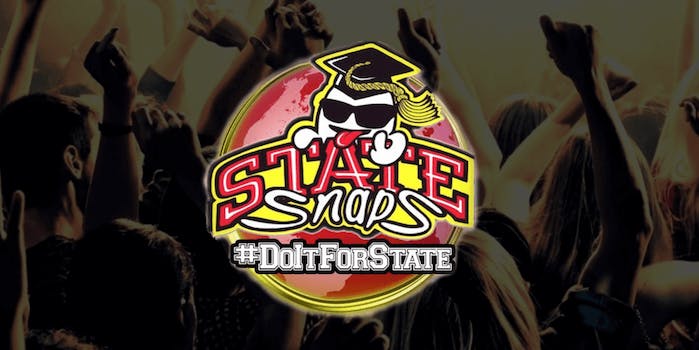 A college influencer wanted the domain name to go along with his brand.

Finding the perfect domain name is rarely attainable as many domain names are sold for thousands of dollars. One social media influencer wanted the name for his brand so badly that he planned an attack on the owner of the name. On Monday, he was sentenced to 14 years in prison.

Rossi Lorathio Adams II created State Snaps, which was an unofficial Iowa State University social media brand available on Snapchat and Instagram. In 2017, along with the help of his cousin, Adams executed an attack on the domain name holder. Adams was found “guilty of one count of conspiracy to interfere with commerce by force, threats, and violence” on Apr. 18, according to the United States Department of Justice (DOJ). On Monday, the influencer received a 14-year prison sentence.

NBC News reports that Adams attempted in 2015 to obtain the domain name doitforstate.com as many of his followers used that as a slogan for the brand. After an unsuccessful two years of negotiating the domain name, the attack took place in June of 2017. Adams enlisted the help from his cousin, Sherman Hopkins Jr., who was already a convicted felon.

Adams drove Hopkins to the unnamed victim’s house, where Hopkins used a gun to try and force the victim to transfer the name to Adams’ GoDaddy.com account. There was a struggle for the gun between Hopkins and the victim, which left the victim with a head injury and a gunshot wound in the leg. The victim then shot Hopkins in the chest.

The State Snaps brand is common among college campuses. After the launch of Barstool Sports in 2016, many social media pages like 5th Year and Old Row followed suit. The DOJ stated that Adams’ accounts “mostly contained images and videos of young adults engaged in crude behavior, drunkenness, and nudity.”

Along with the 14-year sentence, Adams is required to pay $30,000 in restitution and court fees.