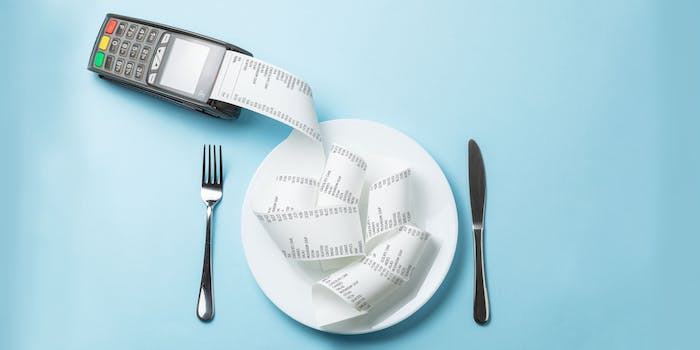 ‘I thought that was how many calories was in the meal’: ‘Rich friend’ invites woman to expensive birthday dinner, sparking debate

Planning fun events with loved ones for a birthday is supposed to be an exciting time. Regardless of the activities involved, it’s an opportunity for people to get together and celebrate friendship and family, and hopefully get a little party going on in the process.

One TikToker, however, is reminding folks that the price of dinner should not be a birthday surprise.

Janae (@janae_69) was invited out to a birthday celebration by her “rich friend,” and subsequently shared the menu with her viewers after being floored by how much she was going to spend on one meal.

“Baby, that’s the prices,” she says, as someone laughed hysterically in the background. “I thought that was how many calories was in the meal.”

The restaurant in question, Prhyme, which appears to be a steakhouse in downtown Tulsa, Oklahoma, starts off 6 oz filets at $43, offers salmon or pork chops for only a few dollars less than that, and prices chicken at $34.

Its website boasts “an upscale and modern interpretation of the American steakhouse,” and while the prices aren’t out of the ordinary for fine dining, anyone who’s ever tagged along with wealthier friends knows how quickly these bills can add up—and how nerve-racking it can be when a guest wasn’t planning on dropping that much money on a single meal. It’s likely because of this that Janae’s video resonated with so many viewers, racking up nearly 4 million views in the week since it was uploaded.

“I woulda backed up from the table,” one person commented, while another said they would only be ordering “Accessories” from that menu.

“Any restaurant that call sides ‘accessories’ ain’t in my tax bracket,” @mychelehughes declared.

Janae later responded to critics who claimed the prices weren’t actually that high for what it was.

The Daily Dot has reached out to Janae via TikTok comment.