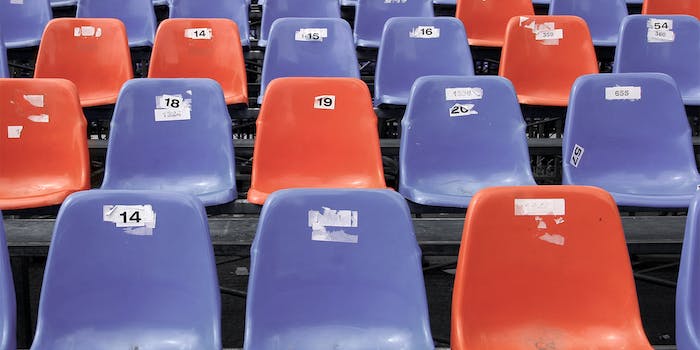 Is this voting quirk Reddit’s worst flaw or its greatest strength?

New Reddit posts can be buried by quick downvotes. But is there anything wrong with that?

Reddit’s biggest flaw has been discovered, and administrators aren’t doing anything about it.

Ian Greenleaf, of San Diego, is the second programmer to discover a problem in Reddit’s “Hot” ranking algorithm, used to identify popular, new content on Reddit. The system’s fatal weakness, as described by Redditor user death-by-snu-snu, is that when “someone downvotes a post in the first few seconds after it is posted, it’s more than likely completely damned.”

The problem exists in two parts of code that deal with the timing and upvote/downvote scores of each post. Newer posts are favored above older ones… except when it comes to votes. Greenleaf found that if a new post got a handful of early downvotes, it “not only dropped off the first page (a first page which contained month-old submissions), but it was effectively banished from the ‘Hot’ ranking entirely.” In comparison, if a year-old post started receiving upvotes, it would rank higher than that new submission.

Redditor ProfDrMorph provided this list to describe the flaw:

This coding problem was also discovered by programmer Jonathan Rochkind, who had also shared his findings with Reddit administrators in May 2012. Rochkind and Greenleaf essentially received the same response: “[I]t’s that way by design” and that the algorithm was “not wrong.”

“I do not understand, nor have received a satisfactory explanation of, in what sense this nonsensical behavior would be ‘by design,’” Greenleaf wrote. “But it is clear that Reddit is not interested in fixing this, and this behavior will probably persist for many more years.”

This flaw was allegedly exploited for months by one of the founders of the popular meme generating site Quickmeme. Through the use of automated voting bots, Timothy Wayne Miltz gots posts featuring links to his site voted up while others from competitors were voted down and effectively disappeared. In July, after an extensive investigation by moderators from r/AdviceAnimals, Quickmeme was banned Reddit-wide.

While the flaw has received a fair amount of criticism, other redditors believe the algorithm is doing exactly what it should be, considering that Reddit collects about 90 million unique visitors each month.

“On a high-traffic site like Reddit, so much garbage is going to get submitted that if it can’t get an upvote for its first votes, does everyone really need to be forced to look at it?” MattieF asked. “Should it be able to bump stuff that is older, but that was upvoted?”