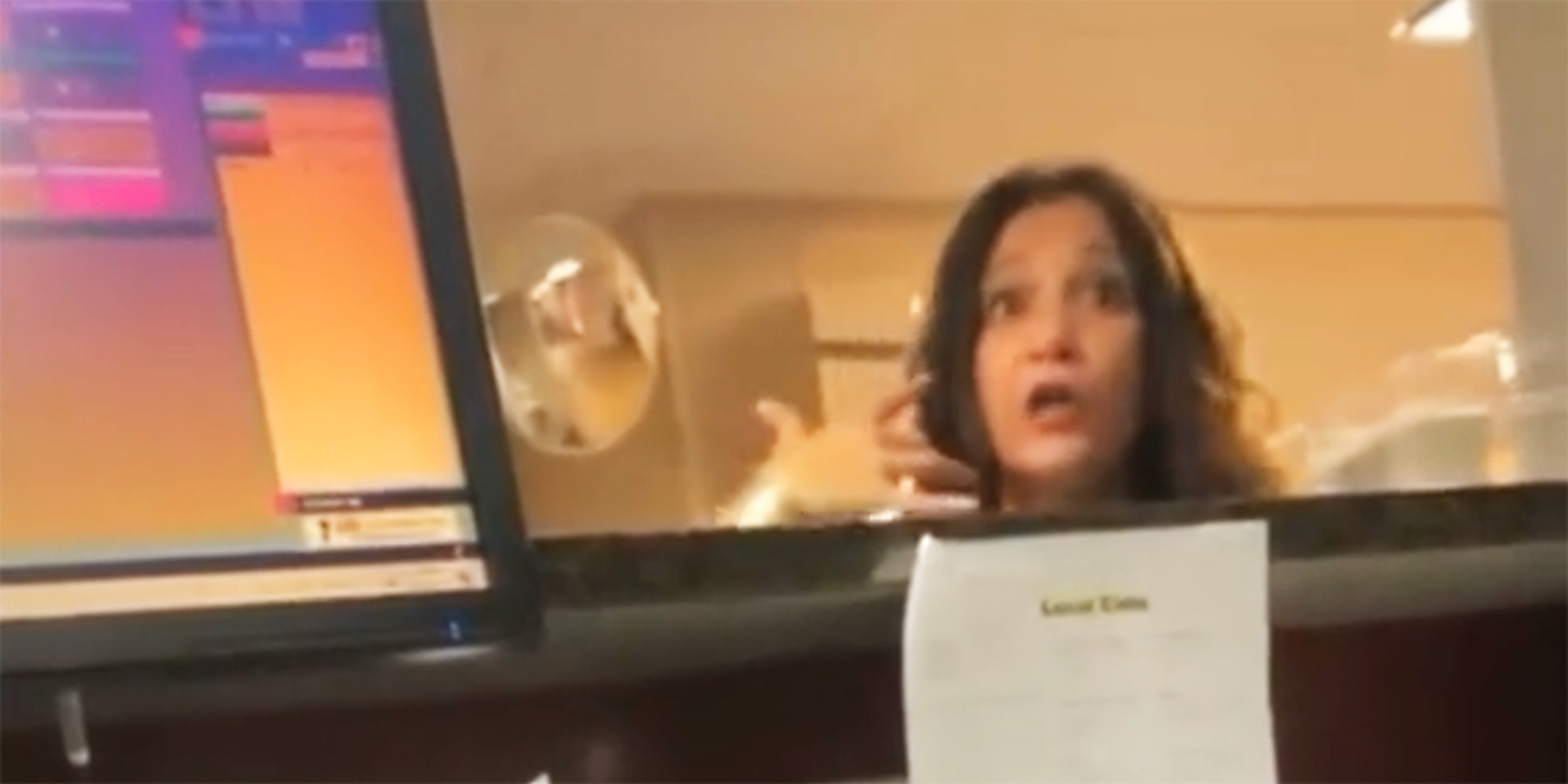 ‘No one f*cking wants to look at you’: Woman faces charges after repeatedly calling hotel clerk the N-word

This is the second viral racist incident in Mount Laurel this month.

A New Jersey woman who went on a racist rant against a Black hotel clerk is facing criminal charges after he turned the video over to police.

Elizabeth Trzeciak wandered into a Super 8 hotel in Mount Laurel, New Jersey, late at night earlier this week. According to police, she was staying at a neighboring hotel but entered the Super 8 while intoxicated.

The exact timeline is unclear, but video taken by the hotel clerk shows Trzeciak already mid-rant as the employee sits calmly and quietly behind the desk.

In the footage, she repeatedly refers to the employee as “Black man” and calls him the N-word. At one point, she offers him $300 after demanding he give her a call.

“No one fucking wants to look at you,” she taunts.

When he fails to react to her rudeness beyond filming, Trzeciak takes items off the front desk and throws them toward him.

“You know what your name is?” she asks before responding to her own question with the N-word.

She eventually leaves the lobby of her own volition, shouting “good luck, idiot” as she goes.

The Mount Laurel Police Department released a statement to Facebook regarding the incident, saying that police found Trzeciak in the Super 8 parking lot after responding to a call for disorderly conduct. She was allowed to leave with a family member to return to her own hotel.

“Several hours later a video depicting Ms. Tzreciak’s behavior was turned over to the police. The video and its contents were not provided or mentioned during the initial investigation,” the statement reads. “Based on the evidence from the video and again interviewing the victim, Ms. Trzeciak was charged with bias intimidation, assault, harassment, and disorderly conduct.”

Officials also clarified that New Jersey doesn’t have an offense specifically titled “hate crime” and that such an offense falls under the category of “bias intimidation.”

This is the second racist incident in Mount Laurel to go viral this month. Edward Cagney Mathews was filmed harassing his Black neighbors in early July. In that instance, police showed up and chased him away, only to arrest him later after protests erupted outside of his home and video of the incident went viral.