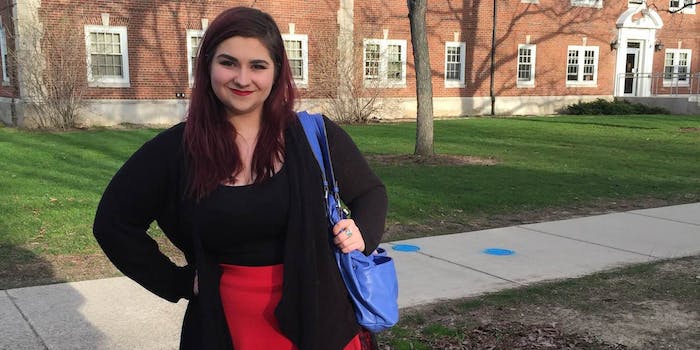 Female programmer denied job because of her ‘unprofessional’ attire

She was qualified for the programming job. But her 'provocative' outfit ruined her chances.

Elizabeth Bentivegna is a senior at Oberlin College in Ohio, and like many college seniors, she’s currently interviewing for jobs. But one interview made her so angry that she took to Facebook to vent her frustration.

The status was tweeted by BuzzFeed writer Alanna Bennett, a friend of Bentivegna’s.

The company she references, On Shift, is a cloud-based software company that provides resources for long-term care and senior citizen facilities.

Bennett also shared a photo of the outfit in question.

I have been hired from less conservative outfits. C'mon guys. pic.twitter.com/ywvTYajvnI

We got in touch with Bentivegna to hear more about how the interview went down. For the record, here’s what she was wearing during her interview: 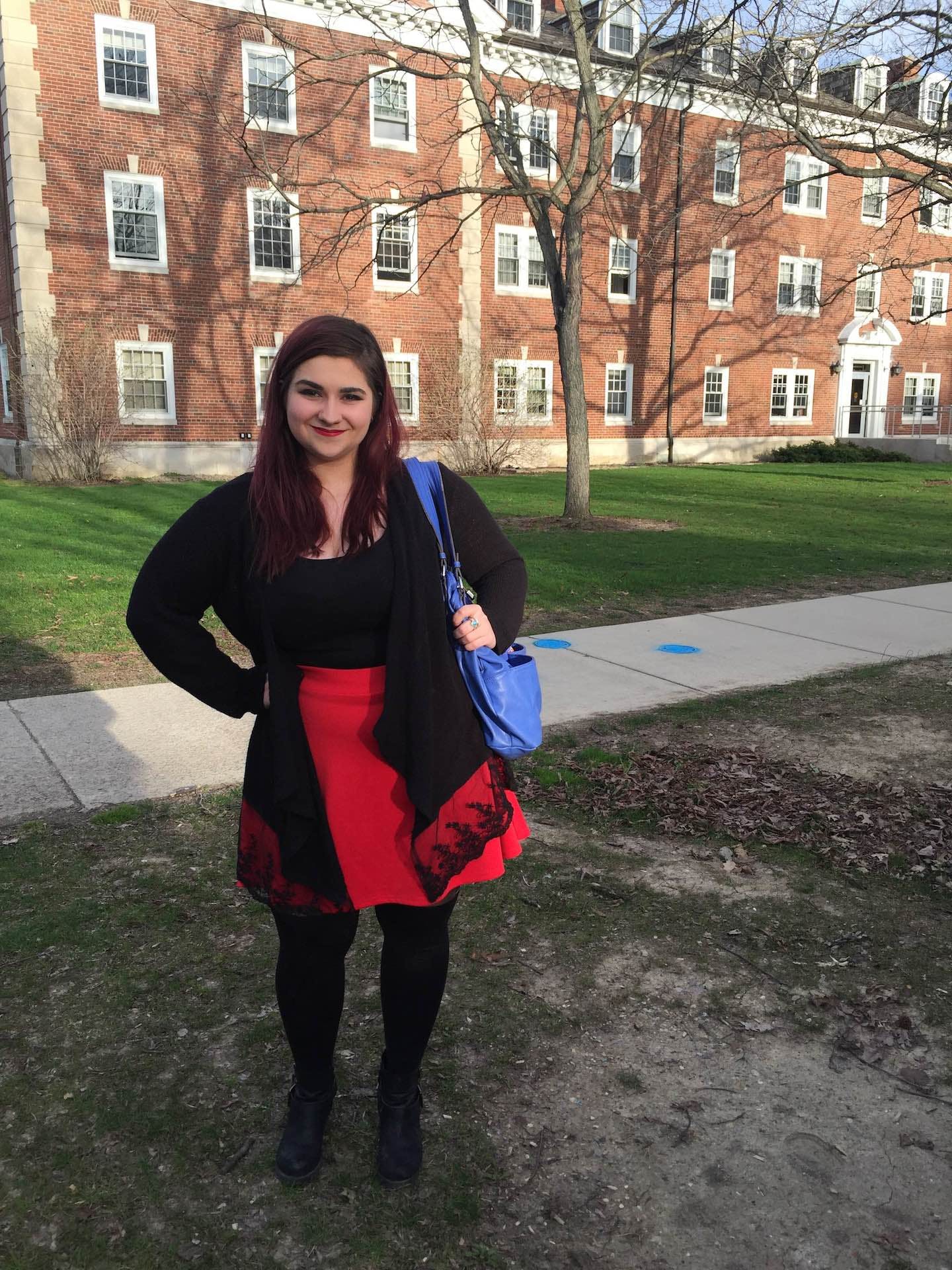 She said she was contacted in March by a recruiter regarding a programming job at OnShift. She’s not graduating until December, so they arranged an interview for a summer internship.

At her interview, she met with a female hiring manager and two male engineers.

“I felt very good about all of my conversations—I thought I got along very well with everyone and I got a good vibe from the environment,” Bentivegna told the Daily Dot in an email. “One of the engineers asked me a programming question and my answer was correct—he even complimented me on asking a question about the problem that none of the other candidates had asked.”

As soon as she left, she thought she’d be spending her summer working at OnShift. “I felt very positive about my chances—I did not feel as though there had been anything wrong, and honestly I expected to get the job,” she wrote.

After a few weeks with no word, Bentivegna followed up with the recruiter. “She told me that OnShift would love to hire me based on my technical skills and personality, but that they were not going to. These are the reasons she cited: 1) I ‘looked more like I was about to go clubbing than to an interview.’ 2) I ‘had a huge run in my tights’ 3) I was late.” (Bentivegna says she told them she was running late ahead of time.)

The recruiter also said the company deemed her “unprofessional and not put-together” based on her attire.

Bennett’s original tweet was widely shared. It also sparked a heated conversation about what constitutes appropriate attire for the office and whether Bentivegna deserved the criticism.

@AlannaBennett I work in software dev, for those that wouldn't hire her, the guys show up to interviews in jeans and tshirts.

@AlannaBennett @pilky That is depressing on many levels. Many great programmers rarely wear pants. I know a guy at Apple that wears a robe!

The Daily Dot reached out to OnShift for comment but did not hear back by press time.