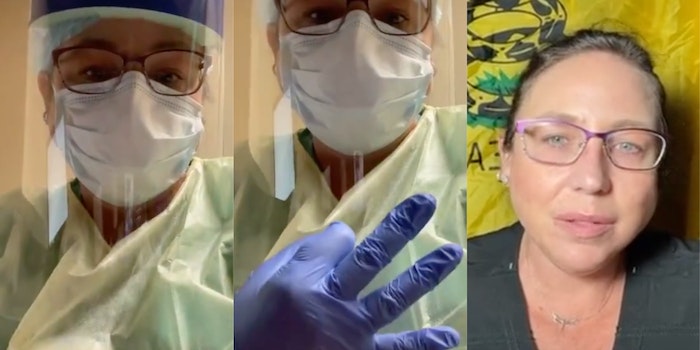 'She is a material danger to non-white patients.'

A pro-Trump nurse had the time to pull out her phone on the job and flash the “OK” hand symbol in a viral TikTok, signaling solidarity with white supremacists.