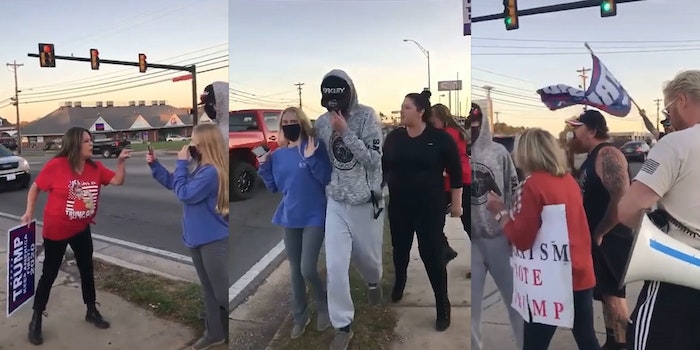 A male Trump supporter also threatened to mace the couple.

In the wake of President-elect Joe Biden’s projected victory in the 2020 election, some people on both sides of the political spectrum have exhorted one another to reach across the aisle and set aside their disagreements for the sake of unity and progress. But not everybody is on board.