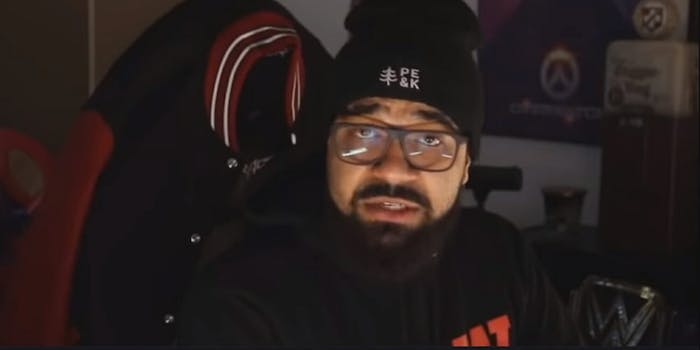 Three of the accused YouTubers were associated with each other.

Four influential Pokémon YouTubers have been accused of predatory behavior targeting 12 alleged victims, according to a report by Kotaku’s Cecilia D’Anastasio and Nathan Grayson.

The story, which broke Wednesday afternoon, details multiple claims that YouTubers Nathan “Dekadurr” Putnam, Kyle “TheKingNappy” McNeal, Mizumi, and a female YouTuber named Mudkip Mama coerced fans into sexual or romantic relationships. At least one allegation toward each figure claimed the YouTuber preyed upon teens that were under 18.

In one case, a 19-year-old student who goes by AttackOnSylveon on YouTuber claims Dekadurr sent her shirtless photos on Snapchat and repeatedly pressured her for nude photos when she was just 15. Another YouTuber, Patterrz, shared a Twitter DM in which Mudkip Mama appears to be pressuring him into a sexual relationship. In a follow-up post shared on TwitLonger, he alleged the female YouTuber prevented him from leaving a bathroom and “tried to kiss me.”

An additional TwitLonger by a woman named Nikki alleges she was just 15 when Mudkip Mama would act “overly sexual with me in DM,” calling Nikki “her girlfriend on a few occasions.” She claims the YouTuber was aware of her age at the time.

Being the only 18 year old on a group trip with everyone else over 21 made it easier to try and pressure me the ENTIRE time I was there, even in DMs

Not illegal in my case, but still pic.twitter.com/6c69hFUMQL

Meanwhile, an allegation by a man named Callum toward TheKingNappy alleges he coerced the former into a relationship in 2013. At the time, McNeal was 21, while Callum was just 16. All three YouTubers hosted a stream called Primetime together.

“He gave me an ultimatum. Date him or we’re no longer friends,” Callum wrote in a tweet from March 31.

Mizumi, who is unaffiliated with the other accused YouTubers, allegedly targeted an 18-year-old woman named Tori, who claims he “solicited nude photos from her” when she was 14. Another woman, Jenny, alleged Mizumi coerced her into sending nude photos when she was 19 by “talking about wanting to kill himself and self harming behaviors,” thereby suggesting nude photos would “help him feel better.”

Kotaku’s report is the latest to expose how online celebrities use their positions of power in predatory ways. In 2016, Motherboard investigated the problem in YouTube’s Minecraft community. Two years later, YouTuber Chris Ingham was accused of sending messages in which he encouraged a 16-year-old teenage girl “to visit him alone for a nude swim.” Preventing exploitation remains an open question online, one that urgently requires solutions.