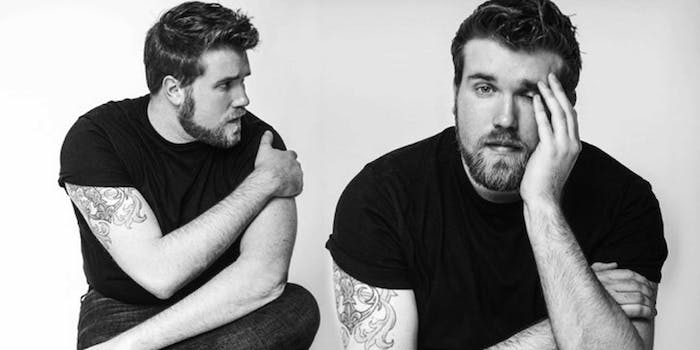 Zach Miko is a plus-size men’s fashion trailblazer—now what?

Being a bigger man in a small man’s world means that role models are few and far between. Fashionable plus-size men have taken to Instagram and blogs to set their own standards, but now a prominent modeling agency is entering the space to officially put them on the high-fashion map.

IMG Models announced Wednesday the creation of Brawn, the big and tall arm of the international agency, along with its first model signed to the division, Zach Miko. The six-foot-six-inches tall, 40-inch waist model made a splash in October when Target customers took notice of him on the mega-retailer’s website. At the time, Miko, 26, was the only one of his size and stature on Target.com and it was his first time as a professional model. 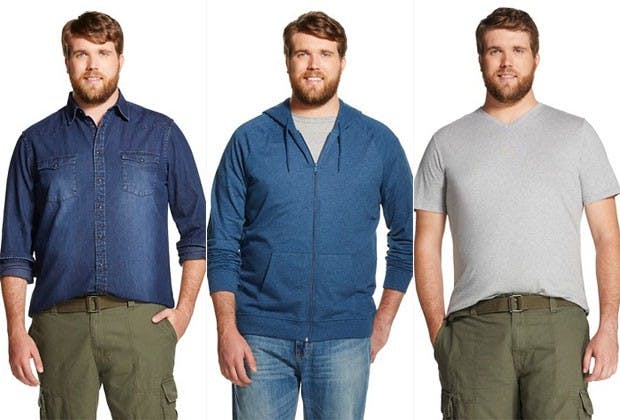 “I’ve struggled with self-esteem and self-image issues my entire life,” Miko, who could not be reached for this story, told People in October. “Being an attractive person was never something I thought of myself. I think as a man, you don’t want to ever admit you have body image issues because it’s not considered masculine or macho, but everyone struggles with it.”

Ivan Bart, president of IMG Models (who did not return our request for comment) told WWD a bit about what drove his company to create Brawn. “The body positive messaging and size diversity is something that’s relevant and something that continues to be on everybody’s mind. We have to extend the conversation for men,” he said.

And he’s chosen Miko as the one to lead the conversation.

Miko has achieved the pinnacle of beauty and style with his professional modeling contract and place as a pioneer in the big and tall space. It’s a space that the Daily Dot reported back in August is vastly underrepresented in the fashion industry, and the men we spoke to were frustrated across the board.

“It shows that the industry is listening to what consumers want.”

Bruce Sturgell is the founder of Chubstr, a fashion website for fellow plus-size men, and took notice of Miko around the time we spoke to him last summer. At the time, he lamented the lack of “faces” leading the way for larger men, but now he couldn’t be more thrilled about Brawn and Miko’s debut.

“What’s happening with Zach is amazing, and is a real leap forward for plus size men,” Sturgell wrote in an email to the Daily Dot. “It shows that the industry is listening to what consumers want, which is to see models of a variety of body types wearing the clothes that brands are trying to sell to them. I think we’ll see more agencies follow suit, taking on plus size male models in the near future.”

Sturgell noted that it’s probably not for purely philosophical reasons. “I think brands are going to go where the money and the interest is,” he said. “There’s a dawning realization that this audience has the interest and money to spend on the clothing they’re creating.”

James R. Sanders, a fashion journalist, celebrity stylist, and plus-size menswear aficionado previously told us that he predicted fashion execs would “realize that there are plus-size men who care about how they look and want to look fashionable—and will pay good money to do so.”

And now they’re shelling out the dough.

Miko doesn’t see his contract and the formation of Brawn as an opportunistic move, though. He told WWD that “[t]hey aren’t trying to cash in on something that could be a story. I knew who they were not only because of their roster, but I’ve also been following Ashley Graham’s career very closely and knew she was with IMG.”

Graham is the poster girl for IMG’s Curve division, the female equivalent of Brawn. She’s graced magazine covers internationally and even became the first plus-size model to be featured in Sports Illustrated’s swimsuit issue. No doubt an exciting act to follow for Miko.

Another model day with @splashlightstudios

But not everyone is ready to shake their full figures just yet. Particularly because IMG has yet to reveal any other plans for Brawn, such as models who are a different type of “big and tall” than Miko.

Kelvin Davis, creator of style blog Notoriously Dapper, has spent his life forming a unique style and modifying available clothing to fit his aesthetic. With the announcement of Miko’s new gig, Davis’s attitude could be described as cautiously excited.

“To have this kind of representation makes me feel great but questionable to be honest,” Davis said via email.

He continued: “Like myself, a lot of men are not big and tall. I’m 5’9, weigh 240, have a 38 inch waist, 30 inseam and still struggle with body issues as many people do. Although it’s an awesome thing that’s happening, I don’t want men to feel like just because they aren’t over six feet that they aren’t model material, because that’s simply not true in any way.”

Davis is remiss to give IMG and Miko all the credit for blazing this trail when he, fellow bloggers like the Big Fashion Guy, and brands like Chubbies shorts have been openly celebrating the fuller-figured man. Back in November, Davis was a finalist in Chubbies’ “anti-model” contest, which featured real men showing a bit of thigh in their favorite shorts.

But Davis ultimately shared Sturgell and Sanders’s excitement about the chance for men who help redefine what it means to be a model. “I think it’s exciting news for them to open up that division! It starts the conversation that myself and others have been apart of for a while now,” he said. “This is a big leap for fashionable plus-size men, it feels like things are really starting to pave the way and make opportunities for people that didn’t exist before.”

Sanders shared a bit of Davis’s hesitation, but saw it as an encouraging first step. “I think it says a lot about the fashion and beauty industry,” he told the Daily Dot in an email. “In the ’60s, we declared black is beautiful and it took the industry a while to catch on. Some might say that they’re still in the process.”

For now, Miko continues to live in New York City where he works as an actor and comedian, lives with his wife, Laura, and patiently waits for the big brands to come knocking.