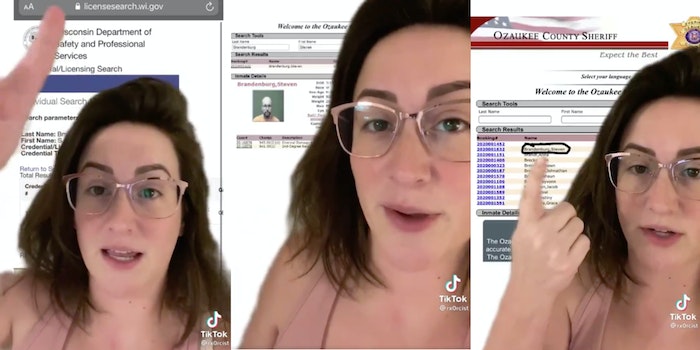 She says she cross-referenced the list of recently booked inmates with people registered with the Wisconsin Board of Pharmacy database.

A pharmacist accused of intentionally destroying 570 doses of the COVID-19 vaccine was first identified as Steven Brandenburg of Grafton, Wisconsin, by an online sleuth.