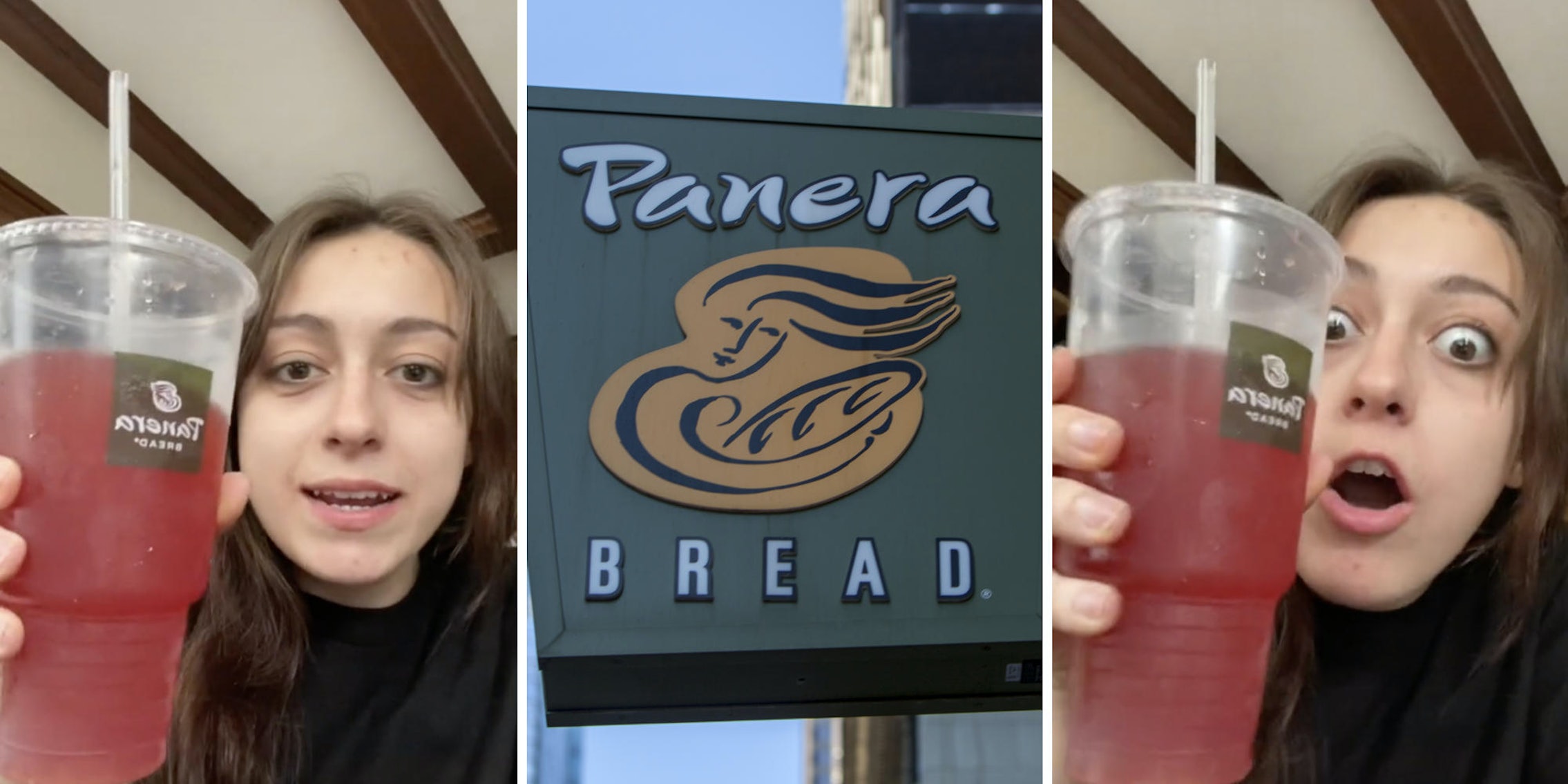 ‘This is not an ad. This is a warning’: TikToker warns viewers of high caffeine content in Panera’s ‘Charged Lemonades,’ sparking debate

A TikToker sparked debate this week after revealing Panera’s new “Charged Lemonades” have nearly 400 milligrams of caffeine per large serving—roughly equivalent to the caffeine in four cups of coffee.

The viral video, which has over 1.3 million views, shows TikToker Anna Tschopp (@rosetintedgirl) holding an iced lemonade beverage in a Panera Bread cup.

“This is not an ad. This is a warning. This lemonade has 400 milligrams of caffeine. 400? Are you kidding me?” the TikToker says in the video. “Not only that, but Panera has a promotion right now where you could just go and get it for free as much as you want. I don’t have enough self-control to handle this amount of access to caffeine.”

Panera Bread is a bakery and cafe chain with over 2,000 locations across the United States and Canada. Its new caffeinated “Charged Lemonades”—which were released earlier in the year and are currently available for purchase at 36 locations—come in mango yuzu, apple cranberry, and strawberry lemon mint flavors, according to Panera Bread’s website.

The United States Food and Drug Administration (FDA) recommends a limit of 400 milligrams of caffeine per day, the equivalent of nearly 4-5 cups of coffee—or one large serving of a Charged Lemonade.

The release of the lemonades came shortly before Panera Bread’s announcement in April that it will be offering an unlimited beverage service for only $10.99 per month, with a short-term promotion offering free subscriptions until July.

Tschopp told the Daily Dot she was happy as a college student to see the free offer for a couple of months of the unlimited beverage service. However, she was shocked by caffeine content of the lemonades, and shortly after, the response she received on TikTok.

“There was an alarming number of pregnant women commenting on my TikTok saying they had drank or been drinking it and they wouldn’t have known about the high caffeine content if they didn’t see my video,” Tschopp said.

The viral TikTok sparked debate in its comments section about the new lemonade’s high caffeine and sugar concentration.

“I had THREE of the 20z ones and didn’t know how much caffeine was in it until it was too late,” another user shared.

Some users who said they are Panera Bread workers also shared their experience with the new drink.

“I work at panera and we all take shots of it to stay awake during our shifts. I warn as many customers as possible,” one user noted.

Many users thanked the TikToker for sharing the information.

“Im extremely sensitive to caffeine. this would make me vom my brains out and probably send me to the hospital. thank u for this psa,” one user praised.

In February, users on Reddit complained about the new Charged Lemonades and the release’s potential impact on children.

“A moment of silence for all of the parents whose kids are going to want to try ‘the new flavored lemonades,’ and for all of the poor cafe workers that’ll have to deal with both the kids AND their parents,” one redditor said.

While the FDA does not currently provide guidelines for children’s consumption of caffeine, some pediatricians have advised against any caffeine intake for children under 12 and against the consumption of any energy drinks for children and teenagers of all ages, according to the American Academy of Child and Adolescent Psychiatry.

Other redditor opposed the lack of warnings for the new lemonade’s high caffeine content.

“The current signage has the caffeine content listed, but doesn’t draw enough attention to it, so it’s easily overlooked when you’re filling your cup at the bubblers,” another user described.

Too much caffeine can cause insomnia, anxiety, increased heart rate, nausea, mood changes, and headaches. In addition to children and teenagers, those with certain medical conditions might be more sensitive to the negative impacts of caffeine, according to the FDA.

Panera Bread’s press team did not respond to the Daily Dot’s request for comment via email.