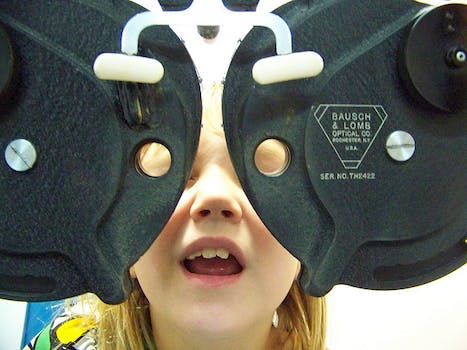 In this week's top Ask Me Anything threads: An optician answers redditors' questions about eye health and an 18-year-old describes the medical condition that has caused him to break 400 bones.

This was the week that Reddit asked about the human body. It saw the return of the site’s resident optician, rockytheboxer. His advice? Don’t cheat. Don’t keep your contacts in later than advised on the box, don’t skimp on getting a discount LASIK surgeon, and don’t keep assuming you have the same prescription without going back to your eye doctor. Buying discount contacts online is fine, though.

Redditors also quizzed an 18-year-old whose rare disease means a newly broken bone about once every 16 days, met an Army medic who has served in both Afghanistan and Iraq, and heard from a private investigator who flirts with strangers to catch them cheating.

1) IAmAn Optician, AMA about your contacts, glasses, Lasik, or whatever.

Is it true that wearing glasses/contacts weakens your eyesight? (MikeHorishny)

No, it doesn’t weaken your eyesight. It makes your eyes somewhat dependent on the correction, in that they don’t have to strain so hard to see clearly. So they tend to relax more, and when a person who has been wearing glasses their whole life takes them off, they’re totally blind as far as they’re concerned. A person with the same prescription who had never worn glasses will be more accustomed to getting around in the haze, and will thus seem to see more clearly.

Do breaks take longer than normal to heal for a person with your condition? (Intereo)

They can, [Osteogenesis Imperfecta] is caused by a collagen deficiency which helps keep the bones together. I am on an IV every 3 months that helps with that and so being on that helps with how well my bones heal and strengthen.

Rotting pig carcasses. We shot a story in Northern Indiana on bug entomology that involved several pigs in different levels of decay. The worst had been kept in a trash bin for several weeks. It was a liquid mush. I will never forget the smell.

Basically if you could sit all the big editors down and briefly lecture them on doing their job what would you say? (JesusLasVegas)

It’s not the editors I’d lecture, but the senior executives who give the publishing CEOs their marching orders (editors are a level below that). All the editors I deal with are extremely smart, clueful folks who are often frustrated by corporate policies—because the publishing houses are divisions within large media conglomerates, and they’re small, low-profit subsidiaries at that (and so don’t get much say in group-wide policy).

Biggest message: find your customers and sell them what they want to buy. DRM is bad for business. Territorial rights restrictions are bad for business. Amazon are utterly hateful and evil — they will kill you and establish a monopoly if they can — but their one redeeming feature is that they’re good to customers: so learn from them.

5) As Requested: IAmA Male PI who’s job is to catch cheating wives and girlfriends. “ThrowawayFlirt” is one of my co-workers. AMA

Have you ever flirted with a gay male target because your firm was hired by a suspicious gay male partner? (foucaults_uvula)

Yes I have! and these jobs are by far the easiest. I am blessed with good looks and am a very skilled talker, which is why I got this job in the first place. Gay men who have a history of being promiscuous are like shooting fish in a barrel for me.

What was the most intense situation you encountered? (enjoi702)

August 19, 2011 I was involved in the bombing and firefight at the British Council in Kabul, Afghanistan. I was the only medical asset on scene and as such was moving all over the battle space. I treated 7 people that day for serious injuries, 6 Afghan police/soldiers and 1 New Zealand soldier. the 6 Afghans made it but the New Zealander did not unfortunately. Cpl. Doug Grant. Father of 2 and husband to Tina.

7)  Reddit, this is me. The newly hired chrome specialist from the other day. Well, turns out I was just fired for posting the picture of my uniform and being excited to work with what I thought was a great company. AMAA

HR Employment guy here — what was the reason for releasing you? Was there some sort of NDA [non-disclosure agreement] that you signed saying that you wouldn’t tell anyone where you got a job or something? (EmploymentDude)

There was a NDA I signed prior to training, which I believe spoke about not discussing any information about this program, training materials, to anyone including social media etc which I followed. Apparently it applied throughout the entire employment is what they are telling me.

I also knew I was not to discuss any personal, or confidential information which is also common sense. All I did was post a picture of my shirt saying I was excited to start working, and a few thank you’s to people who congratulated me and that was all. Still, nothing about the product or company.