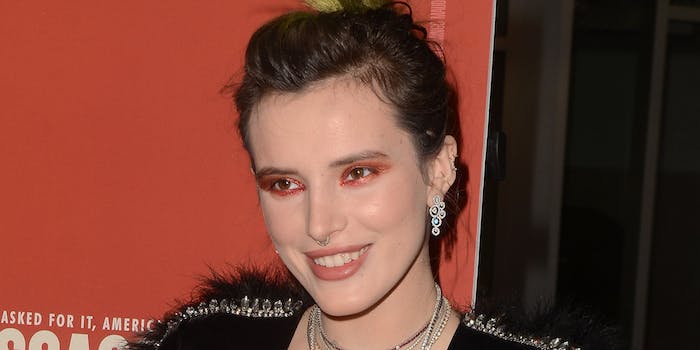 Content creators are 'showing everything Bella isn’t while uplifting other sex workers.'

Bella Thorne’s multimillion-dollar OnlyFans debut has drawn widespread criticism from sex workers who use the platform as a primary means of income. Now, they’re using the controversy as an opportunity to boost their own content by running “Fuck Bella Thorne” sales.

Thorne instantly crashed OnlyFans when she joined the site a week and a half ago, but the excitement quickly turned to frustration as critics accused the actress of “scamming” users by reneging on her promise of nudes. The deluge of Thorne subscribers requesting refunds allegedly prompted OnlyFans to set max limits on tips and post prices and switch its seven-day payout to 30 days.

These changes could potentially devastate sex workers who rely primarily or solely on their OnlyFans income to make a living. Now, many of the platform’s creators are promoting each other’s posts across social media in order to find a silver lining in the situation.

Plenty of other OnlyFans users are running similar sales, vowing to actually deliver on the content they promise. One user, who goes by Aussie Rachel, boasted that she was “showing everything Bella isn’t while uplifting other sex workers.”

If you’ve got some extra money to spend and want to support sex workers on OnlyFans, you don’t have to look hard to find those running sales. A simple “Fuck Bella Thorne OnlyFans” search on Twitter will yield hundreds of results, many of them in the same thread. If you’re still lost, you can start here or here and spend to your heart’s content.