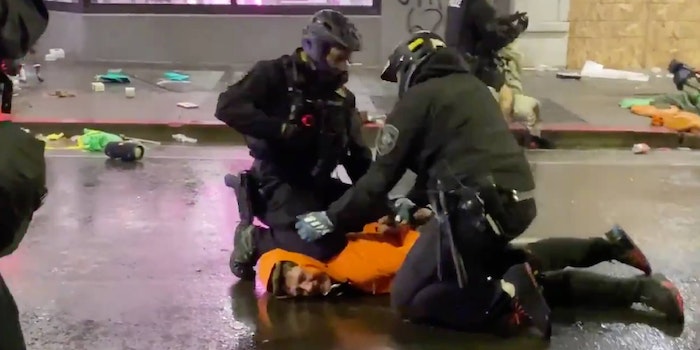 'Get your f*cking knee off his neck.'

On the fifth night of protests in response to the death of George Floyd, a video has emerged of an officer using the same tactic used on Floyd on a protester: a knee to the neck.