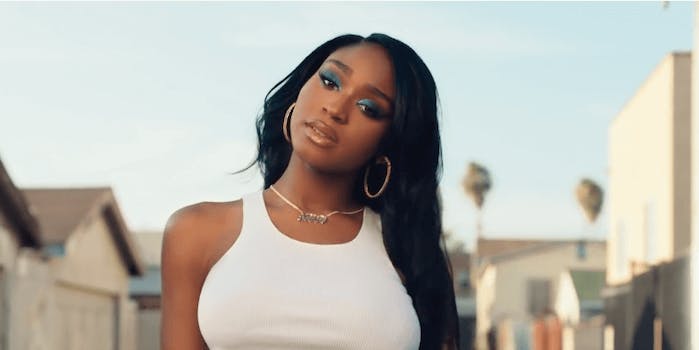 Both Normani and Camila Cabello’s solo careers have taken off post-Fifth Harmony, but both singers are still plagued by old drama from their girl group days, including Cabello’s own allegedly racist remarks.

Cabello apologized for her past remarks, saying she was “uneducated and ignorant and […] deeply embarrassed.”

After landing the cover of Rolling Stone, Normani talked about how the drama surrounding Cabello’s posts impacted her.

“I struggled with talking about this because I didn’t want it to be a part of my narrative, but I am a Black woman, who is a part of an entire generation that has a similar story,” Normani told Rolling Stone.

“It would be dishonest if I said that this particular scenario didn’t hurt me,” Normani said. “It was devastating that this came from a place that was supposed to be a safe haven and a sisterhood, because I knew that if the tables were turned I would defend each of them in a single heartbeat. It took days for her to acknowledge what I was dealing with online and then years for her to take responsibility for the offensive tweets that recently resurfaced. Whether or not it was her intention, this made me feel like I was second to the relationship that she had with her fans.”

Fans are showing their support for Normani on social media and applauding her mature response.

Though Normani was clearly hurt by this whole ordeal, she told Rolling Stone she hopes everyone can learn from their mistakes and move forward: “I hope there is genuine understanding about why this was absolutely unacceptable. I have spoken what is in my heart and pray this is transparent enough that I never have to speak on it again.”