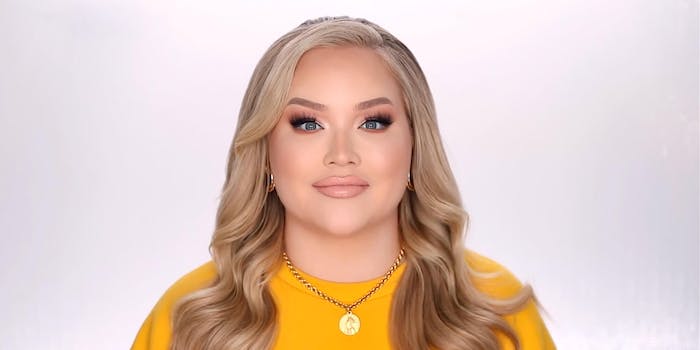 YouTuber NikkieTutorials blackmailed into coming out as transgender: ‘I am still me’

It’s already been a wild week for the beauty sphere of YouTube—and it’s only Monday.

Following the breakup of brand mogul Jeffree Star and Nathan Schwandt, Dutch beauty YouTuber NikkieTutorials, known for creating the “power of makeup” video tag, said in a video titled “I’m Coming Out” that she was reportedly blackmailed into coming out as transgender.

In the video, the Dutch makeup artist tells her subscribers about growing up as a transgender woman in the Netherlands, where she said she received support from family, friends, and teachers.

While the YouTuber said she always wanted to share this side of herself with her fans, she could never figure out the timing. Her hand was forced, she said, by people threatening to leak to the media the fact that she’s transgender.

“I am NikkieTutorials, and I am Nikkie,” she said. “I am me. We don’t need labels. If we are going to put a label on it, yes, I am transgender. But at the end of the day, I am me.”

Since beginning her channel in 2008, Nikkie “NikkieTutorials” de Jager has amassed more than 12.6 million subscribers. Fans of the YouTuber were quick to offer support and to condemn the blackmailing.

“This is incredibly empowering and I’m so glad Nikkie found a way to reclaim her story and tell it on her terms,” Twitter user @intovertsdan wrote. “But to the people who were threatening to out her: you are disgusting individuals without any shred of human decency and I hope karma gets your ass.”