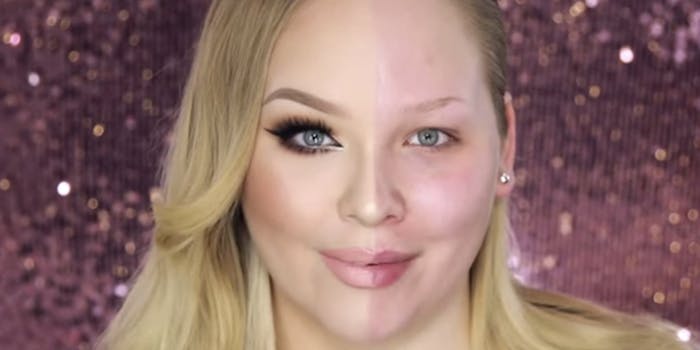 Some people wear lots of makeup, and that’s cool. Some people choose to wear no makeup, which is also cool! And one makeup vlogger wants to make it clear that no matter how you feel about makeup, you shouldn’t feel judged for your facial artistry choices.

Nikkie, an obvious makeup lover with more than 1.2 million fans, says it feels lately like it’s almost a crime to love makeup. But after watching the RuPaul’s Drag Race episode in which contestants did their makeup to be half men, half women, Nikkie says she was inspired to show her fans “the power of makeup.”

After the video went viral, with nearly 17 million views and counting, other women were inspired to share photos of their half made-up faces with explanations about why they embraced the #PowerofMakeup.

And it wasn’t limited to women. Much like in the Drag Race challenge, men participated in the fun and showed that makeup is not just an art enjoyed by those with two X chromosomes.

It's not too hard to realize that we are all the same, on the same team, all struggling, and all in need. #equal #balance #ThePowerOfMakeup photo by @alysonlouise

As RuPaul would say, these people totally slay.