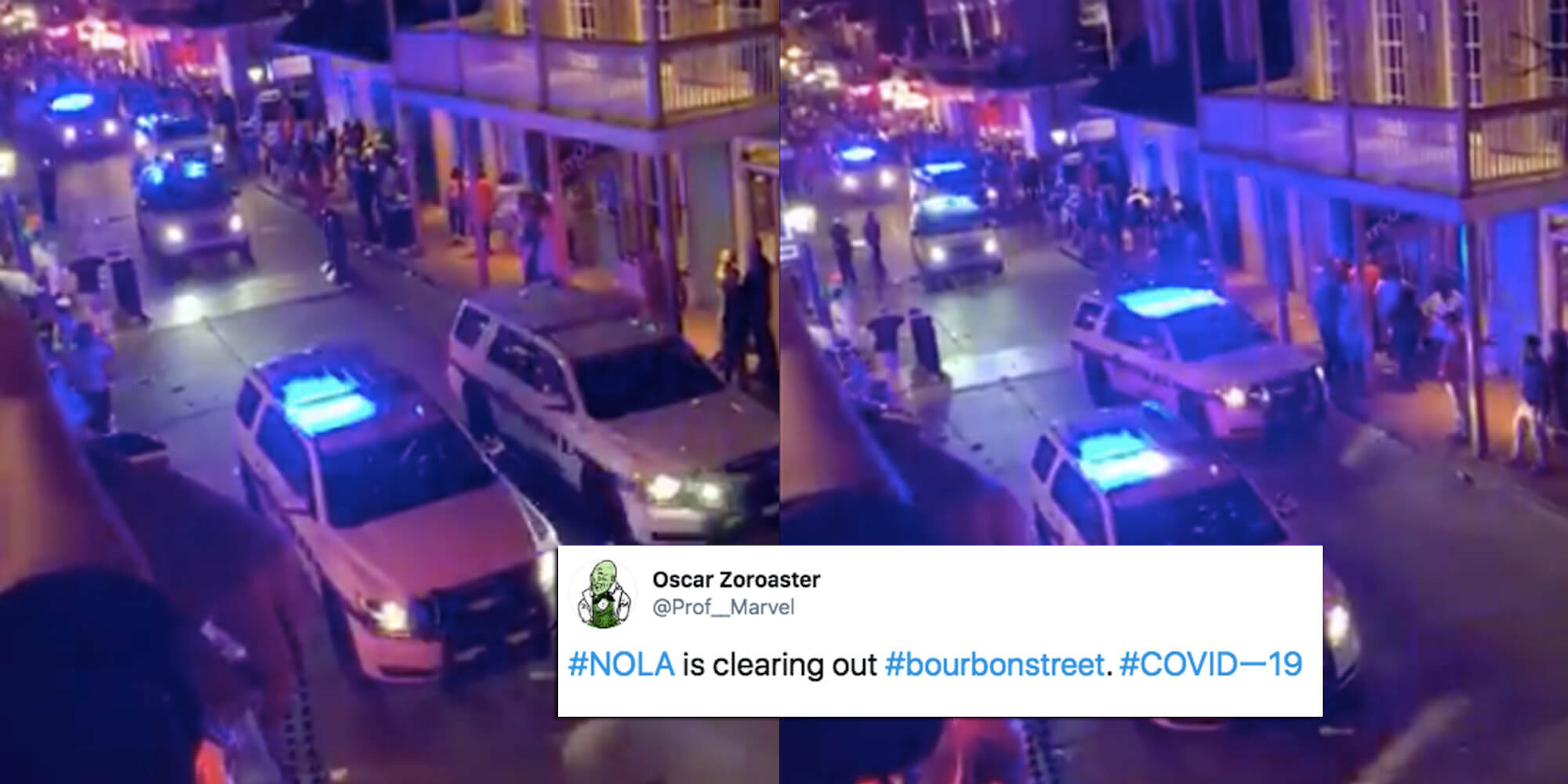 The governor banned gatherings over 250 people, but some didn't take it seriously.

New Orleans is the latest city to hunker down with protective measures to combat the spread of coronavirus through crowds and public spaces, going so far as to clear out its infamous Bourbon Street on Saturday night.

The city saw its first patient die from COVID-19 earlier that day, with 77 confirmed cases within the state of Louisiana as of Saturday.

“Now, more than ever, we must remain vigilant against the spread of this illness by taking care of ourselves and each other, avoiding going into public areas if you are sick, practicing social distancing and washing your hands frequently with soap and water,” said Governor John Bel Edwards.

Edwards subsequently announced the closure of all public schools in the state at a press conference on Friday and put a ban on public gatherings of more than 250 people.

But the crowds were out on Bourbon Street in full force on Saturday night all the same.

New Orleans Mayor LaToya Cantrell initially expressed optimism that the people of the city would do the right thing and the new ban against crowds wouldn’t have to be enforced by police.

“We’re not going to be out counting heads,” she said at Friday’s press conference. “We trust that our people will follow the rules, just be good citizens. Public safety and public health remain our top priority as we move through this.”

However, as it became clear that Bourbon Street was still the traditional gathering place for crowds, that sentiment changed.

“Our @NOPDNews will continue to enforce the ban on large gatherings all over the City,” she tweeted, alongside a photo from Saturday night. “Do your part in this critical #COVID19 moment! Limiting interaction will SAVE LIVES in #NewOrleans.”

A video from the night shows police actually driving through the street and breaking up crowds.

“Under order of the governor and the mayor, large numbers of people are prohibited from congregating together,” a New Orleans police officer says over a loud speaker. “You are jeopardizing public health.”

Many people reacted to the video with dismay that folks still aren’t taking this seriously, particularly with Louisiana having such a high ratio of confirmed COVID-19 cases compared to its population.

“It’s disgusting that Bourbon Street is just as full as ever,” tweeted journalist Ashton Pittman. “Young and dumb is no excuse when so many lives are on the line.”

Convincing Americans that avoiding large crowds is the best way to contain the spread of coronavirus has proven to be an uphill battle for public officials and health professionals. Large cities have proven especially resistant to a change in behavior, despite several places instituting bans on gatherings of a specific number of people, as in Louisiana.

But as Twitter user @Viking_Sec said above, you know the coronavirus is serious when New Orleans is actually shutting down Bourbon Street. And other iconic locations in other iconic cities are undoubtedly soon to follow.