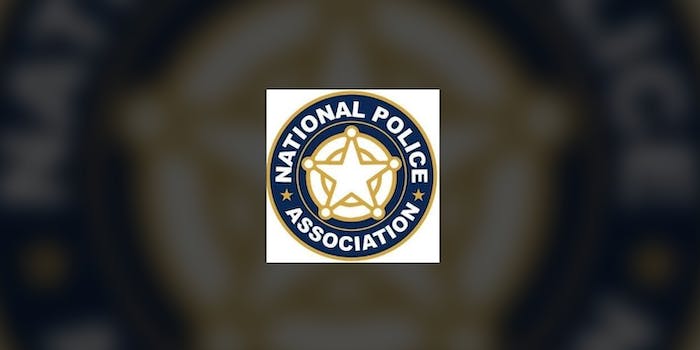 'I take that as a badge of honor.'

The National Police Association (NPA) was accused of blocking numerous Twitter accounts belonging mainly to people who have tweeted in support of police abolition and some furries who are left feeling very confused about why the NPA would feel insecure about them.

Starting this past weekend, Twitter users began claiming that the NPA, which aims to “educate supporters of law enforcement,” blocked them.

Sam, who shared only their first name due to security concerns, told the Daily Dot a friend sent them a tweet by the NPA and asked them if they had access to it. Sam did not, and that’s when they realized they were blocked by the NPA. In the tweet in question, which is from November, the NPA shared a press release announcing its “Assist the Officer” campaign.

Others are also claiming to have been blocked by the NPA, many of which are sharing screenshots as proof. However, most consider the blockings an honor, as the NPA seemingly feels threatened by them. “If you’re not blocked by @NatPoliceAssoc, are you even a leftist,” one joked.

“I have been explicitly blocked by @NatPoliceAssoc and I take that as a badge of honor,” another said.

Others who weren’t blocked even feel left out, with one egging on the account. “I’m not blocked and I say ACAB all the time. ACAB ACAB ACAB block me @NatPoliceAssoc,” they tweeted, repeating the acronym for “All Cops Are Bastards.”

“I feel like I’ve either done something wrong or I haven’t done ENOUGH wrong,” another user, who has yet to be blocked, wrote.

Sam told the Daily Dot that they’ve never even heard of the Twitter account before. And they weren’t the only one who has been blocked by the account but didn’t know it existed.

“Based on what I’ve been able to gather, we got added to some sort of block chain based on followers and followers-of-followers, and it was initiated by a single account,” Sam said.

It’s not clear why the NPA would block any account, let alone so many accounts at once.

The Daily Dot reached out to the NPA and will update this report if it responds.

Sam told the Daily Dot that they don’t think furries were targeted specifically.

“It seems like a side-effect of the algorithm they used to mass block,” Sam said. “We’re a tight knit community, so blocking the followers of followers of one person is going to net a large portion of us.”

However, Sam added, the community is generally left-leaning and active in social justice conversations, which may have put them on the radar.