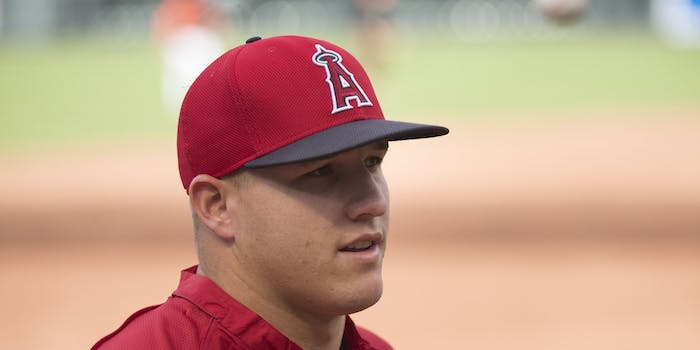 Let's go to the replay.

It’s always a risky move to try stealing a base, particularly when it’s close, but Los Angeles Angels outfielder Mike Trout seemed to defy the laws of physics and go full Neo when he stole his eighth base of the season Friday night against the Boston Red Sox.

During the top of the fifth inning, Trout got on base after hitting an RBI single, and then he moved to second after a ground out. From there, he took the risk and tried to steal third. Although he was initially called out by the third base umpire, Trout signalled for Angels manager Mike Scioscia to review the play and got it overturned.

And when looking at it in slow-motion, it’s easy to see why. He slides past the base but expertly pulls his left arm back so third baseman Brock Holt couldn’t tag him, and then swings back to touch the base before he can get tagged.

“He threw out a runner at home, Mike Napoli, and then he has that slide,” one of the announcers said. “That’s unbelievable. That’s an unbelievable slide.”