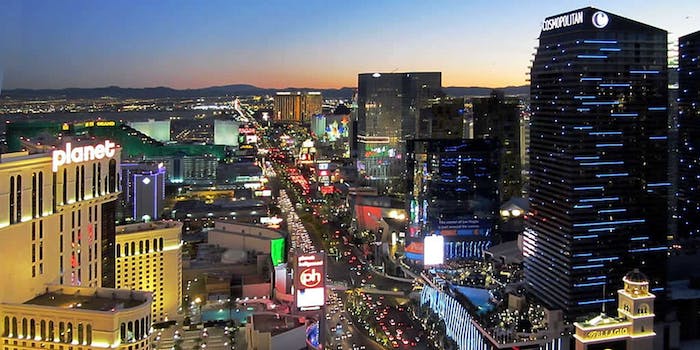 Where can you find the sex capital of America? What about drugs and gambling?

A new study tried to find out the answers to these burning questions by analyzing 451,484 tweets in order to determine America’s vice capitals.

The results vary from expected (Las Vegas loves gambling and Denver loves pot) to completely out of left field. 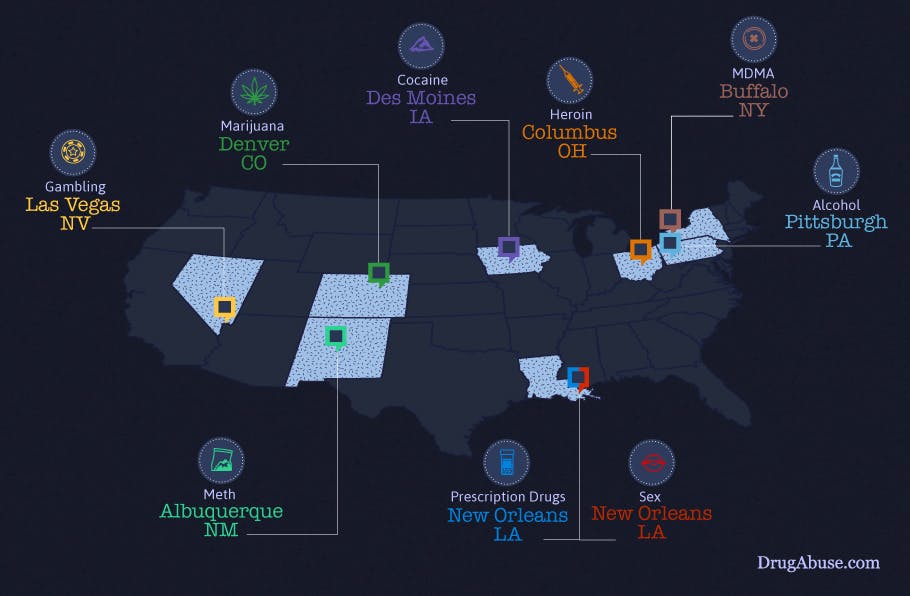 The study, from DrugAbuse.com, found that Vegas tops the vice charts in large part due to gambling. However, with almost 12 vice-related tweets per 1,000 residents, the chatter in Vegas is in no way limited to the bettors. Alcohol, marijuana, and sex also make regular appearances.

New Orleans is the capital of both sex and prescription drugs when comes to this study, although alcohol was the most-tweeted about drug in every city. The growing legalization of marijuana might change these numbers in the coming years.

The more dubious distinction of heroin capital goes to Albuquerque while cocaine is the talk of Des Moines. The biggest surprise of the lot has to be Buffalo taking the MDMA crown but the presence of the University at Buffalo with 30,000 students likely played a big role there. 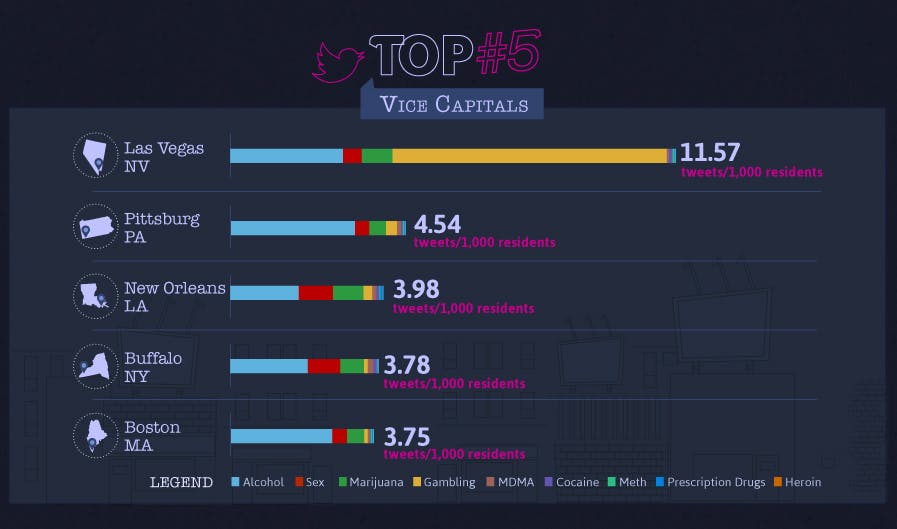 The study’s authors also found an interesting comparison between tweets related to marijuana and those related to sex. West coast cities, to no surprise, prefer to talk weed while the east coast seems much more interested in sex.

We’ll leave it to you, dear reader, to draw your conclusions from that. 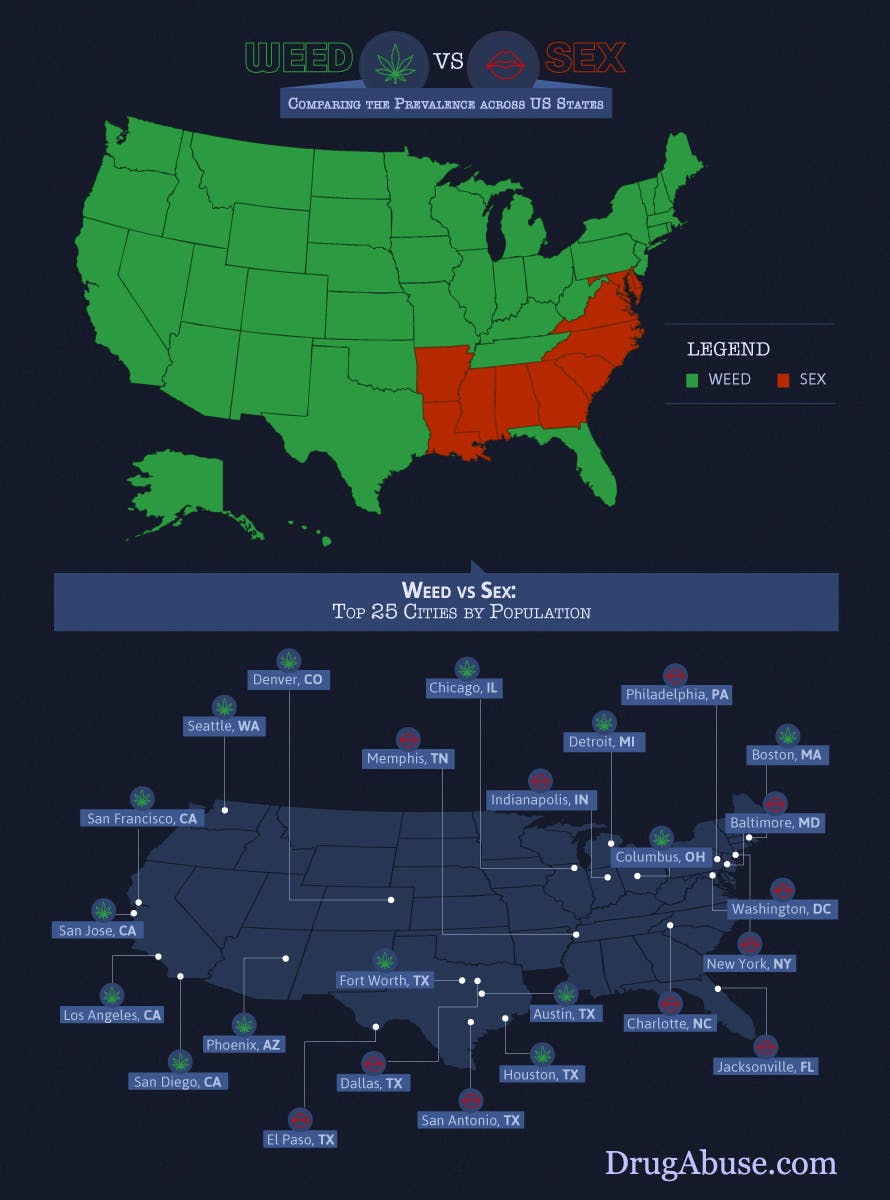 You can find the entire study in an infographic below: