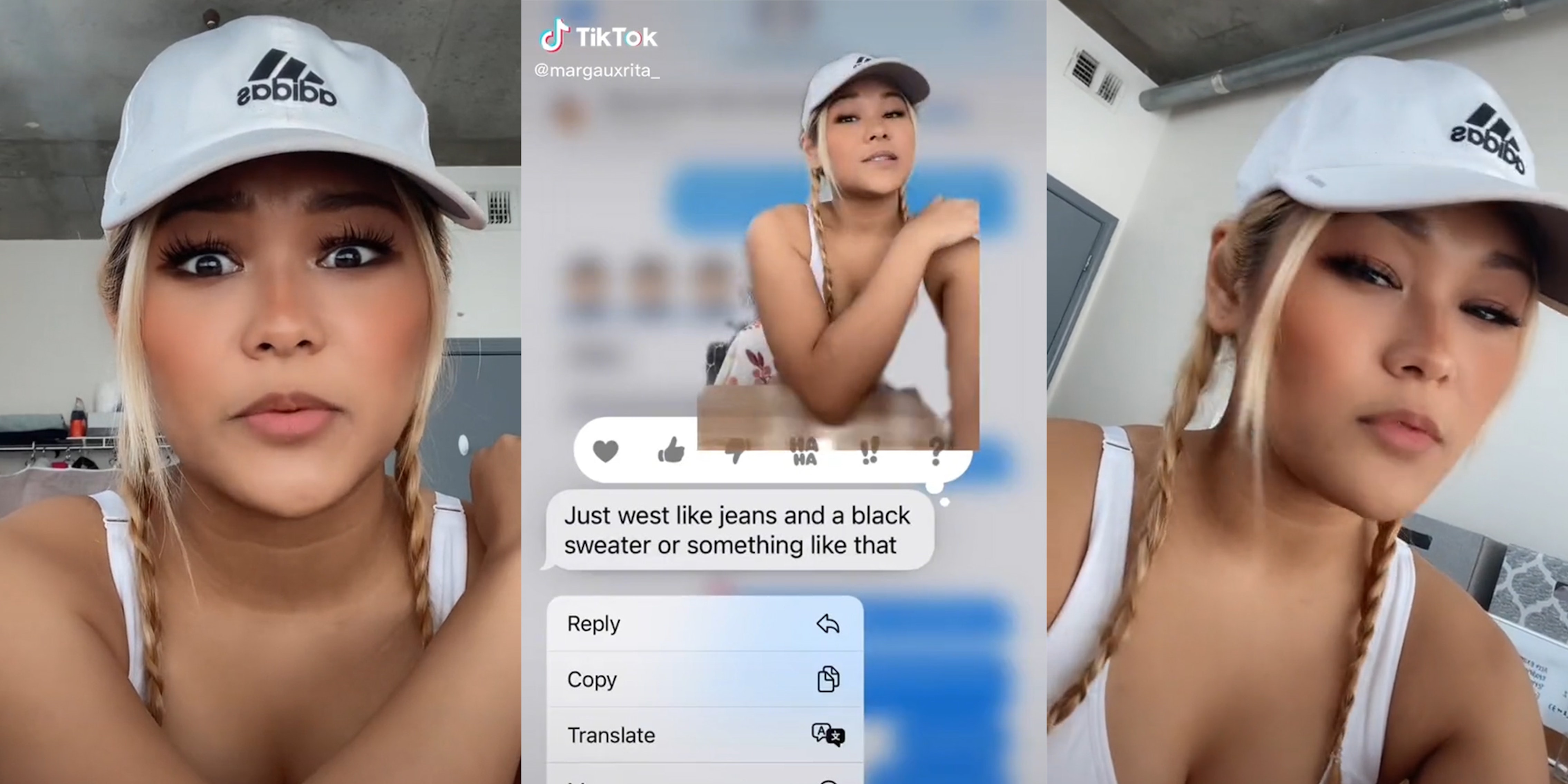 ‘It was so nice of him to show you his red flags so soon!’: Man tries to dictate what woman wears to first date

A woman recounted in a viral TikTok video all the red flags a man put on full display on their first date.

Her video was posted less than a day ago and garnered over 340,000 views. According to @margauxrita_, it started when her date attempted to dictate what she would wear to dinner.

“So this guy invites me to dinner, and he texts me that night,” @margauxrita_ says as she features the text in question in the video. “He goes, ‘just wear like jeans and a black sweater, or something like that,’ which I assumed was a suggestion, although oddly specific. Well, no one’s going to tell me what to do, so I don’t wear that, and I get to the restaurant. He doesn’t even say hi, he just goes, ‘Well that doesn’t look like a black sweater.'”

She says the date did not improve as the night went on.

“I literally should have left at this point, but I didn’t, and it got so much worse,” @margauxrita_ says. “I actually asked him why it was such a specific request, and he goes, ‘I just think women look best in a black sweater and jeans.’ Good thing I didn’t ask, right?”

She says the man then tried to stop her from changing her hair color.

She also says that they were at a sushi restaurant, and that when she told him she doesn’t enjoy eating raw food, he called her “uncultured.”

Viewers sarcastically applauded the man for showing “his red flags so soon!”

“Dude’s dream girl is Steve Jobs,” one mocked the man.

Another suggested she should have responded with “‘you promise?’ When he said he wouldn’t speak or see you again.”

Some commenters shared their own similarly bad dating experiences.

“Once a dude told me, ‘don’t do purple I don’t like unnatural hair color,’ like bruh it’s my hair not yours so does it matter,” one commenter wrote.

“I told a guy I went on two dates with I was gonna split dye my hair, and he went I’m gonna keep my comments to myself,” another said. “Like good, then dyed my hair and never saw him again.”

“Once I told a guy I was thinking about getting another tattoo he said he didn’t like tattoos on women and that they are meant for men,” a third recalled.

The Daily Dot has reached out to @margauxrita_ via Instagram direct message regarding the video.