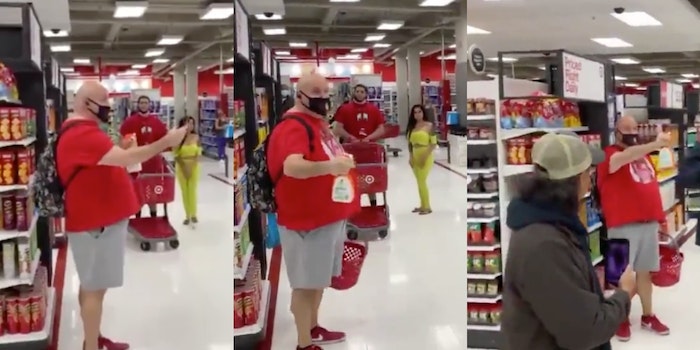 Video: Man sprays cleaner on anti-mask mob of Karens descending upon a Target

'We have already resorted to chemical warfare. May our children forgive us.'

A viral Reddit video shows a man spraying cleaner at a mob of anti-maskers in Target in California. It’s part of a surprising recent trend.