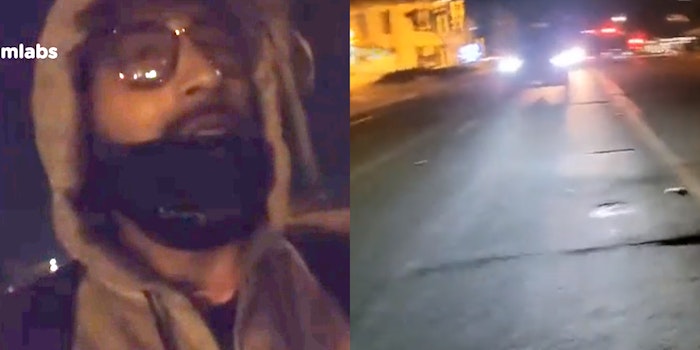 ‘First name Jay, last name Walk’: Influencer gets himself hit by a car during live stream

'Let me go see what these guys are doing.'

A video trending on Reddit’s popular r/PublicFreakout page shows a live streamer filming himself being hit by a car in California.