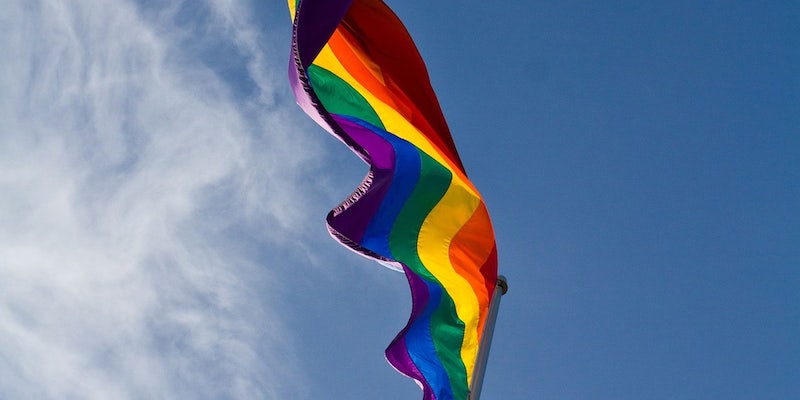 5 triumphs for the LGBTQ community in an otherwise terrible year

Because not everything was awful.

In case you were living under a rock for a calendar year, 2016 was the worst. From Zika to Brexit to the fact that Harambe memes just wouldn’t die, it felt like this year would be one for the books in terms of how heinous it was. This year was also particularly bad for human rights. In Aleppo, hundreds of thousands of people continue to be killed, injured, starved, and displaced due to the atrocities of the Syrian Civil War; in the United States, we have witnessed wars on the marginalized, including trans people, a record number of which have been killed at the hands of violence. And that was all before Donald Trump got elected and appointed an entire cabinet’s worth of anti-LGBTQ officials.

But as we bid adieu to 2016, it’s worth highlighting some of the positives that came out of this year, particularly for the LGBTQ community, which seems to have a particularly grim future ahead with an administration is adamantly against anti-discrimination protections. Here are some of those LGBTQ wins we can celebrate for now:

A report by the Human Rights Campaign shows that even though over 200 pieces of harmful legislation were introduced for LGBTQ people in 2016, the amount of positive legislation introduced was more than double that. Plus, only about 3 percent of the anti-LGBTQ stuff passed, but almost 10 percent of the pro bills became law.

Gov. Pat McCrory of North Carolina is known for his anti-trans bathroom bill, HB2, which requires people to use the bathroom that corresponds with their assigned-at-birth sex. The bill was wildly unpopular across the country and caused him to lose re-election to Roy Cooper, North Carolina’s former attorney general who opposed the bill.

Director Barry Jenkins brought us a cinematic masterpiece this year with the release of Moonlight, a beautiful film about what it’s like to be poor, black, and gay. The film has garnered six Golden Globe nominations, coming in just behind La La Land‘s top-earning seven. Intersectional representation of race and sexuality on the big screen is big deal, especially compared to the typical LGBTQ narratives churned out by Hollywood.

The United States Court of Appeals for the Seventh Circuit decided in favor of protecting workers attracted to the same sex—an important precedent if a similar case were to be heard in the Supreme Court. Workplace protections based on gender identity or sexual orientation are not currently the law of the land, but 18 states protect people from discrimination of gender and sexuality and three states protect on the basis of sexual orientation only. In the remaining states, there are no protective laws.

However, in the era of Donald Trump, a case seeking protections for LGBTQ people in the workplace is not necessarily poised to win, since Trump’s presumably conservative pick for the late Justice Antonin Scalia’s empty seat could shift the tides on progressive rulings.