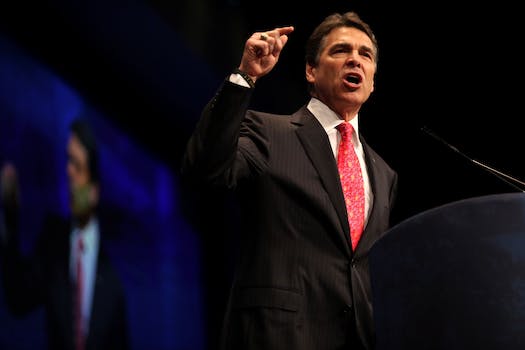 Perry has equated homosexuality to alcoholism.

President-elect Donald Trump has appointed two more people to his extremely wealthy, extremely conservative cabinet: former Texas Governor Rick Perry, who has been appointed energy secretary, and Exxon Mobil CEO Rex Tillerson, who will serve as secretary of state. And like nearly everyone in his cabinet, both have historically had a hard time accepting LGBTQ equality.

During his presidential bid earlier this year, Perry said he was “greatly disappointed” that the Boy Scouts of America would allow gay members and that it would also be “better off” without gay scoutmasters because their supposed gay agenda would distract from the “mission of scouting.”

This is only his most recent attack on the LGBTQ community. In his 2008 book, On My Honor, Perry compared being gay to alcoholism and concluded that gay people should simply choose abstinence. He brought up this false parallel again during his time as governor of Texas when he said, “I may have the genetic coding that I’m inclined to be an alcoholic, but I have the desire not to do that, and I look at the homosexual issue the same way.”

Then, of course, there was this ad in which angelic flutes were paired with strong words about Obama’s “war on religion.”

“There’s something wrong in this country when gays can openly serve in the military but our kids can’t openly celebrate Christmas,” Perry declares.

Though secretary of state pick Tillerson has a less explicit personal record with anti-LGBTQ rhetoric, Exxon Mobil shareholders repeatedly voted against protecting LGBTQ people from discrimination within the company until 2015, when Exxon added gender and sexual orientation as protected statuses under its Equal Employment Opportunity Policy and Harassment in the Workplace Policy.

Many LGBTQ people, activists, and allies are also concerned about Exxon’s ties to Russia and Vladimir Putin, who has been explicit in his anti-LGBTQ actions.