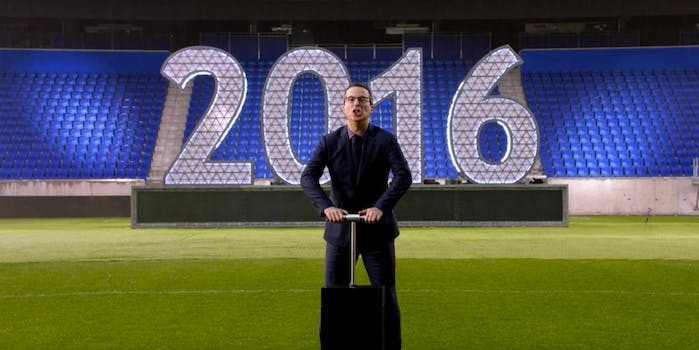 At least by Last Week Tonight host John Oliver‘s standards, 2016 has been the “fucking worst.”

Between Zika, the Syrian refugee crisis, Brexit, the numerous high-profile celebrity deaths, and the surprising outcome of the United States presidential election, the year admittedly has been pretty awful. So instead of commemorating Last Week Tonight‘s final episode of 2016 with a fun dance number montage, Oliver and his team went above and beyond to deliver one massive “fuck you” to the year.

Comedians such as Amy Schumer, Billy Eichner, and Larry Wilmore get in on the action as New Yorkers recall the worst moments of 2016, both personal and political. At the end of the segment, Oliver does something we all wish we could do to this year—blow is right up and watch it die a slow, fiery death.

Watch the satisfying segment below, starting around the 23:18 mark.

Yes, there may be seven weeks left in the year, but at this point, what have we got left to lose?