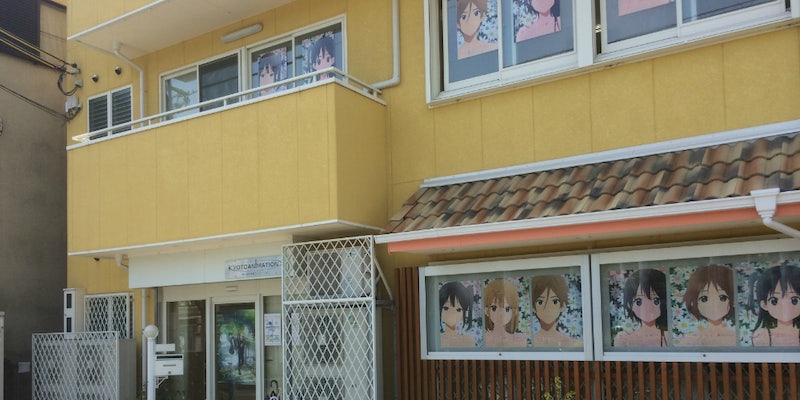 Some are sharing their favorite anime produced by the studio.

On Thursday morning, a suspected arsonist set fire to Kyoto Animation, an anime studio in Japan, killing at least 33 people, according to the New York Times. Heartbroken fans of the lesser-known anime studio are sharing their grief online with the hashtag #PrayforKyoAni, leading the hashtag to trend globally.

Before setting the studio on fire, the attacker was allegedly heard yelling “Die!” If the fire is confirmed as arson, it would be the second-largest massacre in the country’s history.

Woke up and the news is even worse.

Seeing the death toll, mainstream outlets covering this and #PrayForKyoani trending worldwide the shock is over and crushing reality is settling in.

This is a full blown tragedy, and one that our community has never seen before.

Sentai Filmworks, the Houston licensing company which has licensed many Kyoto Animation productions, created a GoFundMe page titled “Help KyoAni heal,” which raised more than $949,000 in 15 hours. However, redditors are debating the legal issues surrounding this kind of donation, as it would be heavily taxed. They are instead urging fans to buy high-resolution digital images from its website so that the proceeds will go directly to the studio, without it having to produce any new work.

Sentai Filmworks told the Daily Dot that it is supporting Kyoto Animation through the GoFundMe because it was supported in a similar way following Hurricane Harvey in 2017.

“Our company’s staff was helped thru a funding campaign during Hurricane Harvey and we imagine we can have a positive impact in helping others. 100% of proceeds will be given to Kyoto Animation when the campaign comes to conclusion. At this point, Kyoto Animation will have complete discretion on how these funds may be used to best support their staff,” Sentai Filmworks wrote in an email statement.

Many grief-stricken fans are now sharing screen grabs or short videos of their favorite anime produced by Kyoto Animation.

“Honestly if you told me to give you a list of my favorite anime shows/films, I would put all these (shows) on it in a heartbeat,”  Twitter user @ChtulhuChan_ wrote. “It’s so heartbreaking to hear what happened to Kyoto Animation, and my condolences go out to the families affected by this tragedy.”

Heart broken about Kyoto Animation news. The studio has done so much that has touched me. My heart goes out to the entire staff and the families affected #PrayForKyoani pic.twitter.com/SCQk7G4aGa

Honestly if you told me to give you a list of my favorite anime shows/films, I would put all these shoes on it in a heartbeat. It’s so heartbreaking to hear what happened to Kyoto Animation, and my condolences go out to the families affected by this tragedy. #PrayForKyoani pic.twitter.com/grNj4Fktmn