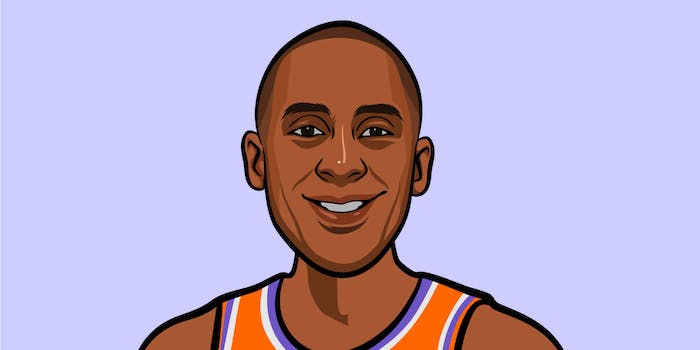 Kobe Bryant and his daughter Gianna were honored in a private funeral service on Feb. 7, less than a month after their untimely death in a tragic helicopter accident that also killed seven others.

Bryant’s death sent shock waves across the nation. For many, the news was cataclysmic and heartbreaking. Entire cities mourned the basketball legend’s passing, and impromptu memorial sites cropped up in Los Angeles and New York. Celebrities and athletes extended condolences to the Bryant family and celebrated his life.

Simultaneously, a stain on Bryant’s legacy came under scrutiny. Within hours of his passing, conversations about a 2003 rape charge against him cropped up, and pundits shared articles that delved into the alleged attack. One journalist was punished after bringing up the case, which was settled for an undisclosed amount in 2005.

Amid the controversy, the internet was flooded with posts about Bryant that memorialized him as an NBA All-Star, a family man, and an advocate for women and girl’s sports. These competing narratives prove that Kobe Bryant’s legacy is a multidimensional one. Online conversations that took place in the wake of his death give insight into the complexity of the man himself—and how we grapple with the idea of real-life heroes in 2020.

Bryant’s visibility has always upended stereotypical views of Black masculinity, and his death proved to be a pivotal moment for Black men.

Black fathers are seldom regarded or esteemed in American culture. But the tragedy of Bryant losing his life alongside his daughter Gianna, while on the way to one of her basketball games, forged a new image. Memes and photos of Bryant and his family—particularly images including his daughter—that appeared on social media after his death challenge the very notion of Black father absenteeism.

Bryant’s love for his daughters spurned the creation of the hashtag #GirlDad after ESPN’s Elle Duncan shared what the basketball icon said when she revealed she was pregnant with a daughter.

Following the accident, Bryant’s wife Vanessa honored her husband as an “amazing father” and changed her Instagram profile photo to an image of Bryant and Gianna embracing during a 2016 NBA All-Star game in Toronto. She shared an image of the Bryant family and a touching tribute to the pair.

“There aren’t enough words to describe our pain right now,” her post reads. “I take comfort in knowing that Kobe and Gigi both knew that they were so deeply loved. “

As NBA stars like Shaquille O’Neale tearfully recounted the moment they learned of Bryant’s death, America caught a glimpse of Black male mourning and vulnerability among ballers who have long been gatekeepers of Black masculinity.

“I haven’t felt a pain that sharp in a while,” Shaq said while reflecting on Bryant’s death. “It makes me think that, in life, sometimes instead of holding back certain things we should just do.”

O’Neale also opened up about the strains of being a hardworking man.

It was a monumental moment that spurned many necessary conversations around Black masculinity. As Black men grappled with the loss, “It’s OK to cry,” became a common refrain.

Blue Telusma explained why in a personal essay for TheGrio.

“Black people are probably some of the proudest and most unflinching humans on the planet, and our men in particular excel at this,” she wrote. “But since [Bryant’s death] I’ve seen men who I honestly didn’t even think had tear ducts, sobbing like little children, both in real life and on my television screens. And it’s been a bittersweet reminder about just how much ‘stuff’ they hold in every day and teach themselves to push aside.”

Kobe Bryant’s legacy in the Me Too era

Within hours of his death, public figures also issued reminders about Bryant’s rape trial, igniting backlash and ultimately forcing a conversation about sexual violence against women that intersected ones about Bryant’s heroism.

Washington Post journalist Felicia Sonmez was suspended from the newspaper after tweeting a link to a Daily Best article titled “Kobe Bryant’s disturbing rape case” hours after the esteemed basketball player’s helicopter crashed. After revealing that she had received tens of thousands of hateful messages from Bryant’s fans, Sonmez deleted the tweets.

But the tweet had already sparked debates about the allegations across social media.

“It’s outrageous and cowardly that the Washington Post is suspending a reporter for tweeting actual, reported information about a public figure who has credibly accused of rape,” writer and editor David Klion argued on Twitter.

Bryant’s fans were relentless and steadfast in their disapproval of bringing up the case, especially so close to the ball player’s untimely death. For many, the fact that the charges against Kobe were dropped means that he was cleared of wrongdoing. Of course, the truth is far more complex.

Bryant’s rape charge is just as much a part of his life’s record as his athleticism and leadership, and the public discourse is still shaping his legacy postmortem.

The Post itself is now touched irreversibly by the incident. The publication’s top editor, Marty Baron, sent a memo out to staff on Jan. 30 about Sonmez’s tweets, which addressed staff use of social media during such moments. The publication maintains she was suspended not for the tweet about the rape case itself but for sharing the personal information of critics.

The incident forced Baron to recognize the publication must take a closer look at its policies around staffer use of social platforms.

“The benefits of sound policies will accrue to us all, and further conversation can help us figure out the proper course,” the memo read.

As a result of Sonmez’s tweet, Bryant’s legacy is intertwined with issues of journalistic integrity, questions about how to protect victims from being retraumatized, and a decade that has seen a forceful reckoning with violence against women.

“‘We saw a huge decrease in sex assault reporting… when victims would talk to advocates, they would say that it was because they were afraid they’re going to be treated like the victim in Kobe Bryant’s [case.]’ This is why what we say now matters,” said Mark Hurlbert, the former Colorado district attorney who was the prosecutor on the Byrant case.

“It looks like the account that tweeted this had to delete for harassment, so I’ll just quote it. ‘My thoughts are with Kobe Bryant’s rape victim who will spend the next week hearing about how beloved and great her rapist was,'” Harvard Library’s curator John Overhol tweeted.

Many, including men, took visible stands against rape culture, even as the threat of harassment and death threats loom.

“For @PhillyMag, I wrote about what Kobe Bryant meant to me and how I struggled between my personal politics around his legacy as a Black legend in sports and his abuse of that power in perpetuating rape culture,” writer Ernest Owens tweeted along with the hashtag #RIPKobe. “For me, it’s about holding nuance.”

Bryant’s death means many things to many people, and online conversations about his legacy prove there is room on the internet for multiple narratives. Unquestionably, Bryant’s life has major cultural and historical significance that will continue to reverberate through society for generations to come.

As the basketball legend is laid to rest alongside his daughter—and honored in a public memorial to be held Feb. 24 at the Staples Center—America needs to accept that no part of that legacy will be buried with him.