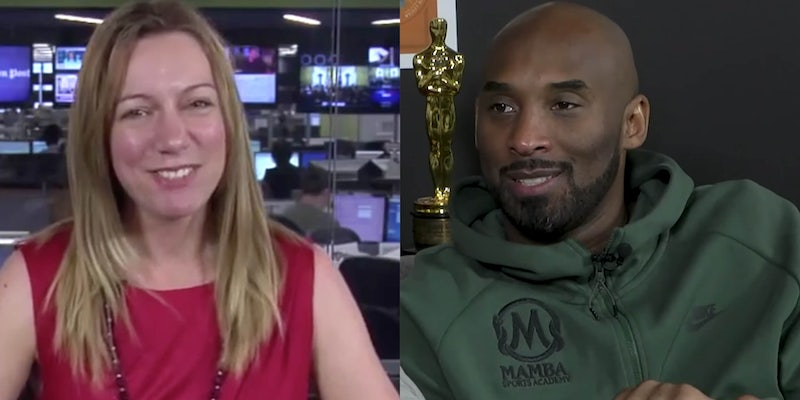 She says she received death threats.

A Washington Post reporter has been suspended after she shared a link to a story about allegations of rape against Kobe Bryant hours after his death.

In a since-deleted tweet, Felicia Sonmez’s—who covers politics for the Post—shared a story published by The Daily Beast titled “Kobe Bryant’s disturbing rape case,” which details allegations made against the basketball legend in 2003. The tweet came only hours after Bryant’s untimely death, prompting outrage and backlash from his fans.

“Well, THAT was eye-opening. To the 10,000 people (literally) who have commented and emailed me with abuse and death threats, please take a moment and read the story—which was written 3+ years ago, and not by me. Any public figure is worth remembering in their totality,” Sonmez tweeted after receiving an outpouring of hate mail.

Hey @feliciasonmez you must have accidentally deleted your terrible, attention-seeking, victim-claiming tweets. Don't worry, I kept them for you. pic.twitter.com/lByFGd36Gs

“That folks are responding with rage and threats toward me (someone who didn’t even write the piece but found it well-reported) speaks volumes about the pressure people come under to stay silent in these cases,” she continued in a follow-up tweet.

Sonmez deleted all of the tweets amid the backlash but not before they were captured in screenshots and shared with criticisms of the reporter’s timing.

“The tweets displayed poor judgment that undermined the work of her colleagues,” she reportedly said.

Initially, reports attributed Sonmez’s suspension from Post to the tweets about Bryant, but it was later reported that she was reprimanded for outing the people who trolled her via email.

“A person who works at the Washington Post says @feliciasonmez was NOT suspended for linking to the Daily Beast story on Twitter. Her suspension was related to a follow up tweet that contained a screen shot of her work email inbox, which revealed full names of emailers,” reporter Matthew Keys said.

Users on Twitter continue to criticize the political reporter, with many flat out telling her “bye Felicia” and using the hashtag #FireFeliciaSonmez.

“@washingtonpost you should #firefeliciasonmez for this classless and heartless post with the passing of an iconic superstar literally HOURS after a horrific crash that also killed his daughter and 7 other along with them,” one user wrote.

@washingtonpost you should #firefeliciasonmez for this classless and heartless post with the passing of an iconic superstar literally HOURS after a horrific crash that also killed his daughter and 7 other along with them. #firefeliciasonmez

All she had to do was spit on the memory of a world icon just a couple hours after his death & the death of his daughter.#FireFeliciaSonmez

Bryant died in a helicopter crash on Sunday that also claimed the lives of his 13-year-old daughter Gianna and eight others on board.