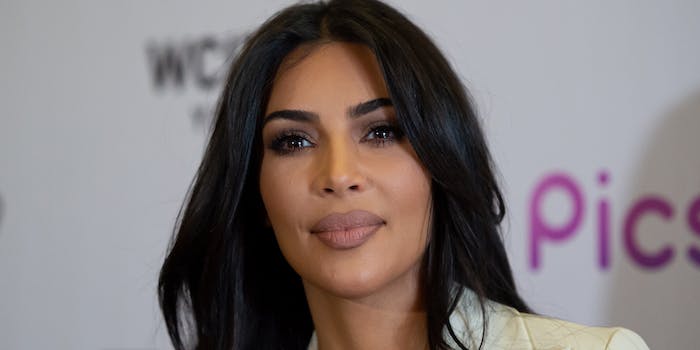 ‘Why do rich people do this?’: Staff says Kim Kardashian withheld wages in new lawsuit

Kardashian is passing the blame to a third party.

Kim Kardashian has a new fight ahead of her after caretakers of one of her properties are suing her for a number of violations.

According to documents obtained by TMZ, maintenance workers and cleaning crew have filed a lawsuit against the billionaire for late wages, a failure to provide proper pay stubs, being forced to work without meal breaks, and nonpayment of overtime.

The plaintiffs also allege Kardashian withheld 10% of their wages for taxes but never actually paid that money to the government. One worker says he was actually fired for bringing up some of these issues and alleged that his 16-year-old son was made to work more hours than are allowable for minors in California.

“Wage theft and other workplace violations are a widespread problem in Los Angeles,” Frank Kim, the lawyer taking Kardashian on in this case, told the Daily Mail. “My firm is currently investigating other potential violations against these defendants, as well as other powerful families and businesses on behalf of everyday workers.”

Folks on Twitter didn’t seem particularly surprised by the lawsuit, already prepared to assume the worst.

A representative for Kardashian claims that she hired a third-party vendor to handle the maintenance of her Hidden Hills mansion and that any issues the workers had should be taken up with them.

“Kim is not party to the agreement made between the vendor and their workers, therefore she is not responsible for how the vendor manages their business and the agreements they have made directly with their staff,” the representative told Page Six.

They continued: “Kim as never not paid a vendor for their services and hopes that the issue between these workers and the vendor who hired them can be amicably resolved soon.”