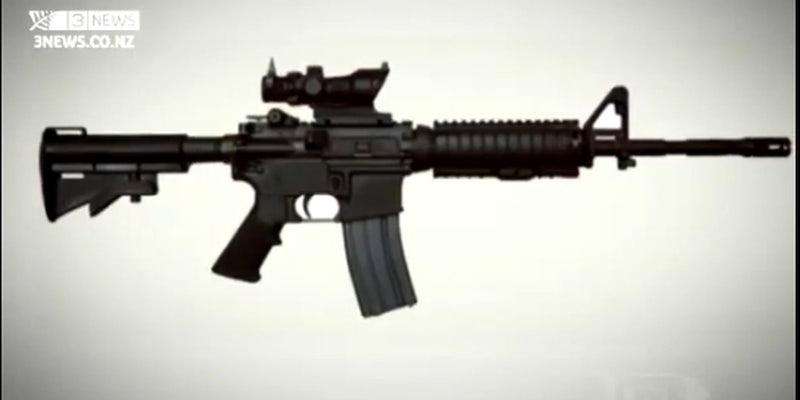 A video of the heavily-armed raid on the Megaupload founder's New Zealand mansion was released during a court hearing Tuesday.

The only thing more over-the-top than MegaUpload founder Kim Dotcom’s lifestyle was the massive police force that raided his home in January, arresting him on copyright infringement charges.

It was early morning on Jan. 20 when New Zealand’s elite anti-terrorist police force came swooping into the courtyard of Dotcom’s $30 million Auckland mansion on a helicopter. A ground force soon followed, armed with M4 assault rifles and pistols. Someone brought a police dog. Inside were Dotcom, his wife and children, his Filipino staff, and his security manager.

No one was armed. Dotcom is a Web entrepreneur and alleged copyright infringer, not a supervillain with an army of well-armed henchmen. (Or a terrorist—at one point police allegedly demanded to know if Dotcom’s nanny had a bomb.)

Now you can watch the raid as it happened.

The video, taken from the first helicopter to enter the compound, was released yesterday during a hearing at the Auckland High Court. The three-day trial is intended to figure out what, exactly, happened six months ago.

If the perplexed tone of the 3News reporter in the video below is any indication, the trial is raising more questions than answers.