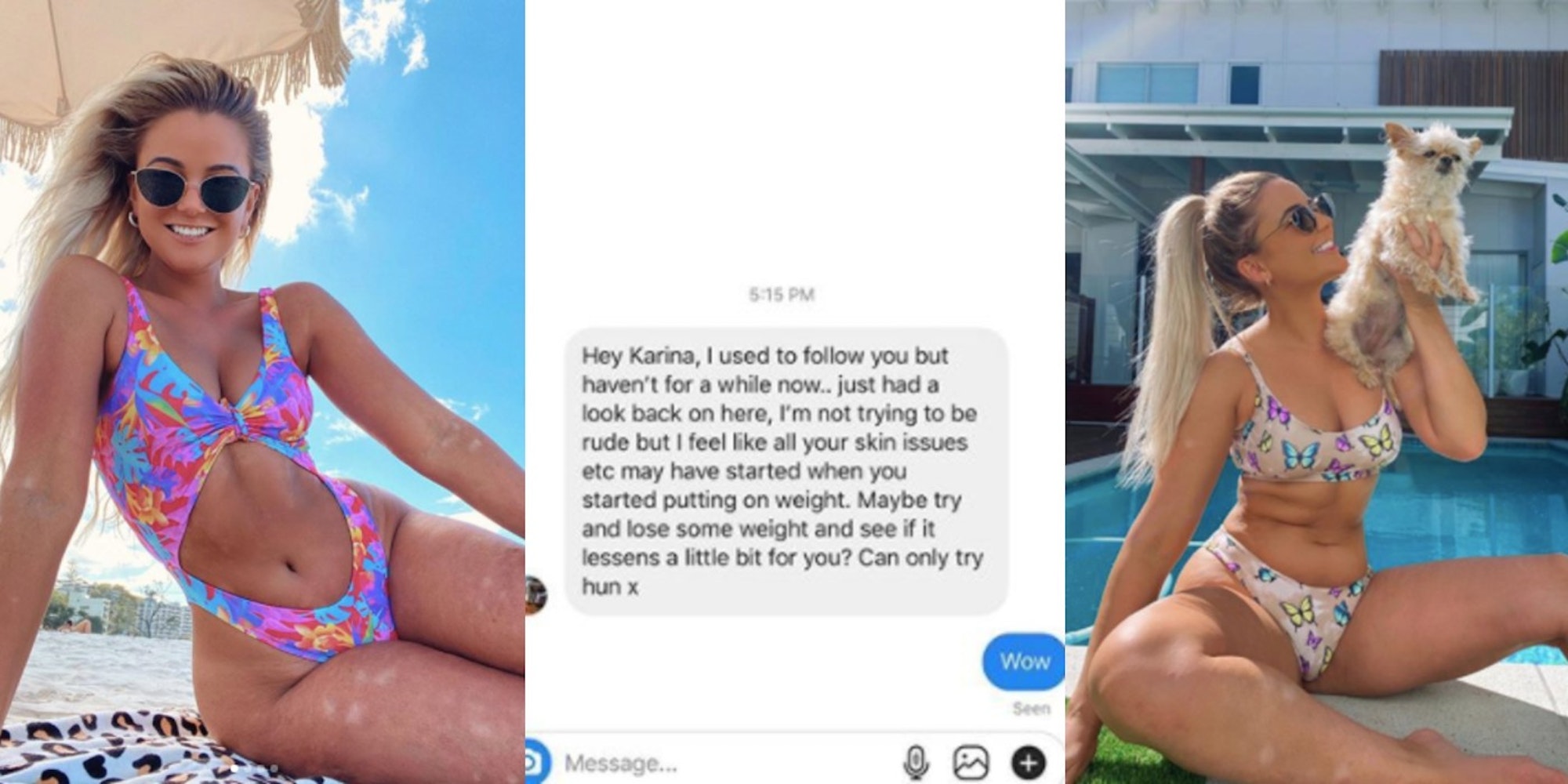 Bikini influencer drags body shamers who comment on her photos

'FYI Karen. I was born with these skin conditions.'

Australian bikini designer Karina Irby is clapping back at body shamers in her Instagram comments.